Dartmouth debate question: Did you serve? 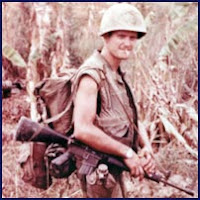 Not that I've ever been so inclined, but if I'd ever had the dark inclination to run for office, especially president, I would want to do two things: Go to college and do military service. The first is least important although a Jeffersonian with a natural pride of place might do undergraduate work at her or his state school; U. Tennessee like my surgeon friend in Tennessee (and his father and grandfather before him), U Mass., Texas A & M, etc. Military service more important as it has a ritual quality: You go before your rational function is fully developed so you enter the moral ambiguity of war on a leap of faith; faith in the collective you will enter as a full adult. Common honor which common people once strived for. Today only Prince Harry, doing combat training in California, sees it as a duty.

I am sure they will not ask the contestants (the word contestants suggests game show, no?) on Tuesday night in the Dartmouth debate this question: Did you serve? Please answer yes or no. So here are the military records of those in the Republican lineup for American President in 2012. No substitutes (Outward Bound, Peace Corp, college, Boy Scouts, civilian working for military, worked on kibbutz).

Mitt Romney: Did not serve. He talked tough at the Citadel this week but like many of those who did not serve - most dramatically in the W. Bush administration - he was doing something else when people of his age were being called up; Romney on a mission of religious intent in Lyons, France. There is a neurosis to those called chicken hawks in the Bush administration like Cheney who took five deferments and did not serve. They spend the rest of their life compensating for the mythic passage they did not make when they were young. Tends to create needless war and mayhem.

Newt Gingrich: Did not serve. Warmonger as well. (He worries that weakling countries like France will be dominated by Islam and sharia law. So what?) Possibly felt he could serve his country better by going to college. Newt, who wants to be vice president, is all about serving his country.
Michele Bachmann: Did not serve.

Herman Cain: Did not serve.

Jon Huntsman: Did not serve.

Rick Santorum: Did not serve.