“Scum of the Earth”: The Clintons & Torture 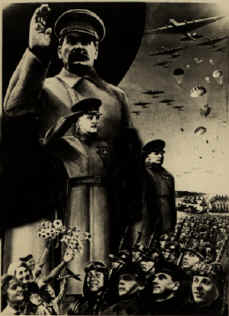 What have I become? - Nine Inch Nails

Alan Dershowitz provoked a storm of controversy several years ago by advocating “torture warrants” as a way of creating accountability for the use of torture in terrorism cases, he said this week in a Los Angeles Times essay. For this approach he said he was condemned as a moral monster, labeled an advocate of torture and called a Torquemada. Now, he says, President Clinton is in agreement with his position.

Clinton summarized his views in the following terms, said Dershowitz: “If they really believe the time comes when the only way they can get a reliable piece of information is to beat it out of someone or put a drug in their body to talk it out of ‘em, then they can present it to the Foreign Intelligence Court, or some other court, just under the same circumstances we do with wiretaps. Post facto . . . . “

Foreign ? “Some other court”?

They are talking about the “ticking bomb” situation here, which is all the rage in torture circles these days. It is an esoteric, almost aesthetic judicial question, like how many angels can do the Bugalu on the head of a pin?

Dershowitz is correct in including Bill Clinton as a fellow traveler in his egregious position on torture. In an article titled “Hillary Hits Bottom,” Rosa Brooks reports in the Los Angeles Times this week that Senator Hillary Clinton echoes these barbaric positions as well and shares in the public disgrace.

“Has Hillary Clinton been watching too many episodes of 24,” asks Brooks, “or is she just determined to prove that she really is entirely without principles?”

Whichever it is, hit a new low last week, she writes, telling the New York Daily News that the President should have ‘some lawful authority’ to use torture or other ‘severe’ interrogation methods in a so-called ticking-bomb scenario. These comments appear to directly contradict her previous statements on the Military Commissions Act, Brooks points out, which President Bush signed into law Tuesday.

Dershowitz may be the thug that his detractors have labeled him to be, but he is not a coward. He understands that today in America, as it was in the 1920s and 1930s in Europe, most public intellectuals and politicians are weaklings and can be easily cowed, territorialized and dominated with aggressive and bullying tactics as the Clintons have been, and can easily be brought around to the position of the dominant Alpha males - Dershowitz, Paul Wolfowitz and the neocons, the Israeli lobby, Tom DeLay and the Christian Zionist Movement. It was the classic strategy of the Popular Front in Europe in the 1930s and among intellectuals early last century in magazines like The Dial and The New Masses.

It is interesting that the neocon fathers and mothers who have nurtured such twisted and dark policy initiatives as we have recently seen took as their original guiding moral light a man from that same period; Arthur Koestler, a key figure in the European Popular Front, who later rejected Communism. Koestler wrote two books on interrogation and torture. In Darkness at Noon he asked how a man like himself could be seduced into the Personality Cult of Stalin and a movement that advocated and practiced torture, as the Stalinists did with such proficiency. Koestler, whose astonishing resemblance to Wolfowitz cannot be coincidental, at one time suggested names in France and Germany which were sent up to Stalin for torture and execution. Later, he offered a different point of view from the torture advocates of today.

Dershowitz insinuates in his essay that his advocacy of “torture warrants” is enlightened because it is shared by the liberal Bill Clinton. Koestler wrote to the contrary. He offered that although he thought he was an enlightened intellectual himself, a distinguished and celebrated man of letters throughout Europe east and west, and an early pioneer to , he and his friends were no better than Stalin and his torturers when he advocated for Stalin. The issue to Koestler and his followers in in the 1950s was not so much the Commissar and the Brute, but the fellow travelers, the enablers and the cowards – editors, intellectuals and politicians – who engendered the Brute.

The level of moral distinction Koestler felt these people achieved is suggested in the title of another book he wrote about torturers, The Scum of the Earth.

But this week I have heard a new voice from a different drummer in ; that of Carol Shea-Porter, a military wife and teacher running for Congress.

“We know what the Geneva Convention means,” she said. “We know what is right. We don’t need this discussion.”

Most present were former soldiers, and she talked to us straight and as one of us, as Thomas P. “Tip” O’Neil, Mark McGrory and Jack Kennedy once did, and with a clarity and determination that the Legion Hall hadn’t heard in many years.

A sign, maybe, that the accommodators and appeasers will begin to retire now to Nantucket, the or the Presidential Library, and the Personality Cult of the Clintons will begin to dissipate. And the Democrats will finally return to earth again from their long and arduous space journey.
Posted by Bernie Quigley at 6:34 PM

Very nice! I like it. gay day at dollywood