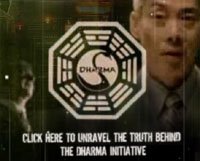 Sawyer was bound to get Kate – they both have the strong life force which comes from elementary biology (compared with Jack who’s like force is in his head) – they only needed “island” orientation to get regular. Notice the airlines which crashed in Oceanic Airlines. As much is symbolic and referenced to literature in this, this name is from George Orwell’s 1984, in which the global, oppressive empire is Oceania, a malevolent vision of . Lost symbolically crashes the empire with the airplane, allowing the people to be “born again” as a new people – we are all new people in , and distinctions – Irish, Islamic, etc., yield after three generations. Lost is a vision of awakening .

Ben giving proof of the real world to Jack by showing him the tape of the 2004 World Series which the Red Sox won, was a nice touch. It was so unlikely a possibility that Jack refused to believe until he saw the tape. That World Series was like a Lost episode. In fact, the joke up here in New Hampshire where it was a big event, was that the Red Sox was getting help from the “Land of the Dead” – the team revived as if “from the dead”; the major player was named Damon (daemon – a helper from the dead) and made himself look like Jesus, and a full eclipse of the moon occurred as the Red Sox won the Pennant (moments after the victory, the moon passed back to its normal condition).

When Kate changes from long pants and backpack to dress, her journey has come to its center & she is ready for Awakening. Moreover, it is Alex's dress, daughter of Danielle, the Dakini or Earth Spirit - the lineage of the Earth Mother. Kate has found new awareness is the hnading off of the dress from the one to the other. When has tv or film prepared such compositional subtlety? Not since John Ford and Von Stroheim.

Posted by Bernie Quigley at 3:10 AM