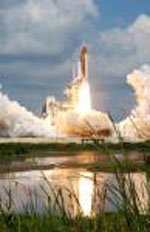 LA paper op-ed in which the author makes the perceptive observation that our brains are wired to respond only to short-term problems. In an NPR interview Gilbert talks about building our own cultures which we cannot adapt. Comment: There are always “two minds” present in human endeavor; Old Mind and New Mind. Guangzhou Journal in today’s NYTs shows Chinese spending thousands for “lucky license plates” – the carriage of Old Soul, even twice as much as the upscale “New Mind” would pay for the car. The are always present and must be as it is those to which we return. Roy Atkins very interesting book, Nelson’s Trafalgar, points out that in 1805 the English had no idea how to preserve wood, food or water; the ships rotted before they hit port and the decaying biscuits filled w/ maggots provided protein for the sailors. Old Soul guided the ships across the seas & into battle (Old Soul, realm of the Earth Mother). At the same time the most complex metallurgy was going on, building intricate watches and small machines. Soon, New Soul would dominate and complex systems would improve the sailor’s lives. Complex, non-sustainable systems are matrices; cultural casings. , for example, was a matrix built by outside invaders. When it failed, the casing was filled by indigenous religious culture. was similar; when the regime failed, religious culture filled its

roads and aqueducts. Old Soul is like a snake moving into a complex lair built & abandoned by another creature. In our time, non-sustainability of systems has sent us to the skies. Now we are coming back to earth. I talk to women about their dreams and they dream of the earth giving birth.

The race to the moon and The Beatles were parallel events; Old Soul contending with New Soul (This timeless story is perfectly told in Mozart's The Magic Flute.) In 1969 New Soul ascended/Old Soul yielded. Today, there is less interest in space travel & the program is forced and the lives of the brave astronauts are jeopardized by adventurism and politics which pollute the experience. Simultaneously, Old Soul rises – and when the countervailing bro, New Soul (Captain Kirk & Co.), fails, Old Soul (Lennon & Co.) rises again unrestricted.
Posted by Bernie Quigley at 4:20 AM

Don't I once in a while appear to other folks like a idiotic model of authentic nhl jerseys imagination without having my own thinking about in order to? Do not MY PARTNER AND I move to that north after i experience the actual breezes associated with nhl jerseys from china love as well as the heat associated with compassion?