Attn. Readers: Please take a look at a new blog, Miss3’s Dreams, Visions and Contemplations. Miss3 lives on the highest road in the wilderness and dreams the dream of Peace and Awakening. I have had the pleasure of listening to her dreams these past three years. The only others I know of who have read them are three German, French and Swiss Depth Psychologists, the Swiss, perhaps one of the world’s most prominent. Now all the world can read her dreams. This below is a reply to a dream she had about trying to get help for her sick mother in a hospital: 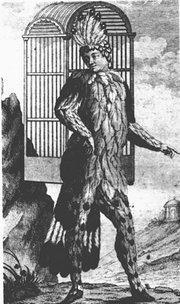 Miss3 - Here is a reply to “Dr. Bell, Mr. Lemon and the Governor”: What I like about this dream it that it tells the story of the Western world in its entirety in the past 600 years with the rise of the Power Principle (Yang, father, corporation, bureaucracy) which can only rise in opposition to the Love Principle (Yin, mother, family, nature). It can be sized up in this phrase: Mother is Sick. The essence of Old Europe and the Christian Age (the Age of Pisces, begun with the light over Bethlehem & the arrival of the Three Celestial Ones to the cave) can be seen in the same picture which dominated Europe for 1,000 years from 400 AD to 1,400 AD (Miss3 – this can be seen as the rise and fall of the Templars age and place as well; Ile de la Cite in Paris form the rise of Clovis to the execution of the Templars – the Secret Society perhaps of which you dream – recall Jung’s essential dream of being a Knight with a red cross on his shield; it was as well the same “secret society” – the sign of the Templars). That Picture is Madonna and Child.

In this picture the Divine Mother/Earth Mother represents the Earth. The Baby Jesus represents the human race. This formed the Yin/Yang of Christendom. Notice, however, that Mother (the Earth) always dominated Child (Human Race) lest Man dominate Earth. Pisces was a Yin age and Earth/Mother dominated – so it went until the 1500s.

As the Power Principle (Yang) rose it dominated the Mother. Michelangelo clearly, intentionally, illustrates this in his work on commission from his “Warrior Pope” who extended Christian expansionism and imperialism globally. In His Madonna of Bruges, he has the Divine Mother place the Baby on the ground to walk – “better to serve” his Warrior Pope. In the Sistine Chapel the Male Principle ascends to the sky - a muscular red-haired Jesus, virtually casting the Mother away and discarding her in contempt.

Mozart’s “Magic Flute” well expresses this principle of the Renaissance; the Cosmic Father rising above the Cosmic Mother. – the protagonist Tamino, entering life’s journey, leaves behind the Cosmic Yin principle – the Mother here is Dark; Kali, the Death Mother, surrounded by zodiac stars. He joins instead with the Cosmic Yang principle (Sarastro, the “wise” priest of Isis and Osiris) – in language of the play, "The sun's rays drive away the night, destroy the evil power of the dissembler” – that would be Earth Mother.

The Mother cannot be well while Napoleon reigns. “, Lemon, Governor” characterize the Three Visitors who accompany the avatar – in this magnificent play, they appear in a ship in the sky to advise Tamino (avatar of the Enlightenment), guiding him from Cosmic Mother to Cosmic Father.

This is history of then to now; the history of the Renaissance and the Enlightenment. The Baby Jesus, alone, rising to the sky without Mother, brings detachment, egomania, confusion and schizophrenia to the human race. The Male Principle rises instead to a new avatar; well pictured here as a caricature of Napoleon, who was indeed the embodiment of Enlightenment (the Dark Shadow of Jefferson, but perhaps its Darkest Characterization was yet to come and perhaps we have not yet seen it).

My feeling is that you have comprehensive dreams like this one – and Cosmic Dreams Dreams like others in this list is because you personally hold to and embody the Mother. But there is something else. In its history, Canadians have not broken with the Mother in entirety as Americans have. The Queen is in mythical terms Mother Incarnate, archetype of the Earth Mother & the Triple Goddess reigning back into antiquity. The American Revolution (and the French) break with the Mother and identify instead with Tamino, the avatar of the Power Principle. I have seen this full gift in an Australian woman as well – also subject to the Queen, but not in Americans.

A man I admire greatly here in the (that would be Col. Lawrence Wilkerson, Colin Powell’s chief of staff) says we in are an “evolutionary” society and not a “revolutionary” society. I hope he is right, but I think he is wrong. There may be no hope of Returning to Ourselves (as my Book of Common Prayer asks us to do) to those who have broken with the Mother.
Posted by Bernie Quigley at 5:26 AM

To be a upright lenient being is to have a make of openness to the in the seventh heaven, an cleverness to trust uncertain things beyond your own restrain, that can govern you to be shattered in unequivocally exceptional circumstances pro which you were not to blame. That says something uncommonly important about the fettle of the principled passion: that it is based on a conviction in the fitful and on a willingness to be exposed; it's based on being more like a plant than like a prize, something kind of dainty, but whose extremely precise attractiveness is inseparable from that fragility.

To be a adroit lenient being is to procure a make of openness to the far-out, an skill to guardianship undeterminable things beyond your own manage, that can govern you to be shattered in very exceptional circumstances as which you were not to blame. That says something very important relating to the prerequisite of the honest autobiography: that it is based on a trustworthiness in the fitful and on a willingness to be exposed; it's based on being more like a shop than like a treasure, something kind of feeble, but whose very precise attraction is inseparable from that fragility.

A likeable beloved majority is the favour of a well-spent youth. Instead of its bringing glum and melancholy prospects of decay, it would give us hopes of eternal lad in a bettor world.