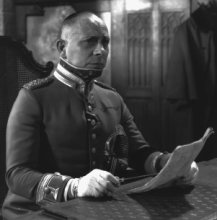 Yesterday, at a college fair where various colleges send representatives, I was talking to two reps from West Point. I was struck at how strongly they felt about Bush and the Iraq war - felt being the operative word here, and how little rational or intellectual a function they expressed. In a word, it made no difference to them whether we were wining or losing. They were only concerned that we were fighting. I thought to myself that it was odd, coming from men so close to war. You don't win wars with "Feeling Types" in Myers-Briggs terminology at the helm; you win wars with rational men like Ulysses S. Grant, Robert E. Lee, Eisenhower and Wesley Clark. This runs parrallel with what we are seeing; feelings of war; a war without objective - a desire to whoop, rather than to territorialize and master the opposition.

Which prompted a thought on third & fourth generations asTypes which I sent to the Fourth Turning forum:

. . . the generations as Strauss & Howe describe them can be given Myers-Briggs classifications I would think. What leads the Third Generation into incompetent leadership processes is that they strive to be like the First Generation. The First is formed organically in the crucible of difficulty and chaos, while the Third is a "Feeling" relationship of the Third to the First. The First wants to Survive. The Third wants to "be like" the First ("The Greatest Generation . . .", etc. - these are Feeling manifestations). For example, there is a Jonathan Chiat’s essay in the LA Times this week claiming President Bush is stupid. It misses the point. Bush is not stupid and did as well in college as John Kerry. The reason he makes bad decisions is because he is an Feeling/Introvert type trying to do the job of an Intellectual/Extrovert Type. (Had his life not been chosen for him he would have been a fine rancher or preacher.) Leadership derived thus is charicatured and not authentic.

Fourth generation will leave this behind. Worth noting the choices of the Daily Kos crowd, most of whom are under 30: Al Gore, Howard Dean, Wesley Clark, Mark Warner - Warner is yielding; Gore is booming. All are legitimate managerial types who would appeal to Intellect/Extroverts. None are Feeling types. Good news for Gore & Clark.
Posted by Bernie Quigley at 10:56 AM

Bush is an SP... the quintessential marketing..... Clark is definitely an NT.