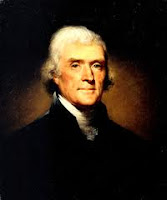 It is said with some fright here on the 150th anniversary of the Civil War, that we face the same divisions again in red state and blue state. Demagogues like MSNBC’s Rachel Maddow used the 150th anniversary of the beginning of the Civil War as an occasion to paint advocates of state sovereignty and the principle of nullification as racist “neo-confederates” says a commentary from the Tenth Amendment Center. It is much the same as that which came out of New Haven and New York in the time preceding the invasions of the Old South, Texas and the Mormon lands.

Indeed we do face the same division and we always will because it is the nature of the human condition to divide between red and blue, head and heart. Tai chi, it is called – the division of the yin and the yang, from which come all other things. Rome and Constantinople divided in their first beginnings as empires then as religious groups along the same contours and the division echoed all the way to the age of the Cold War. These are birth and growth pains which in the end resolve again to what might be considered as the state of “wu chi” – unmanifest karma; the world before birth and after death – Europe after 1917 - waiting to be born again, or not.

Wu chi; A state perfectly described by these phrases: “Imagine there’s no heaven . . . no country . . . no religion too.” A time in between; a time of waiting.

Technically, our binary nature began at Jay Treaty in 1794 when Washington teamed up with the New Yorker Alexander Hamilton in opposition to Virginia’s Jefferson and Madison. It never got right from there. As early as 1797 Jefferson anticipated northern invasion. And from then on it was always a question of temperament as it is today. As historian Frank Owsley wrote in his classic essay, “The Irrepressible Conflict”:

“In the beginning of Washington’s administration two men defined the fundamental principles of the political philosophy of the two societies, Alexander Hamilton for the North and Jefferson for the South. The one was extreme centralization, the other was extreme decentralization; the one was nationalistic and the other provincial; the first was called Federalism, the other States Rights, but in truth the first should have been called Unitarianism and the second Federalism.”

The difference then was that New York was red; fierce because it had almost overnight become powerful and rich through rapid industirialization. Today it is blue, broke and if Maddow’s prose is any indication, dispirited and nihilistic; a poor posture as the northeast turns today to the healthy agrarian heartland it so despises for a bailout.
Posted by Bernie Quigley at 5:50 AM