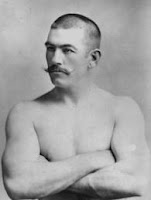 Donald Trump v. the “GOP Establishment”: Why Trump will win

Last week Karl Rove, the official voice of what Sarah Palin calls the “GOP Establishment” took the bait. He called Donald Trump a “joke candidate.” Then at the end of the week Charles Krauthammer ran a lineup of what he considered to be the GOP potential for 2012. Krauthammer, who might be considered the GOP Establishment’s agent provocateur, said of Trump. “He’s not a candidate, he’s a spectacle . . . merely vulgar. A “provocateur and clown,” like the Rev. Al Sharpton.

Consider conservative influence which is not part of the GOP Establishment which has awakened say since Texas Governor Rick Perry wrote this in the Wall Street Journal on December 2, 2008: “As governors and citizens, we've grown increasingly concerned over the past weeks as Washington has thrown bailout after bailout at the national economy with little to show for it.” Since then we have seen Perry reelected with the GOP Establishment in full opposition, and we have seen Sarah Palin, Rand Paul, Ron Paul (pulling over 40% of young conservatives), and Mile Lee of Utah in the Senate and Libertarian Judge Andrew Napolitano and friends going nightly on Fox Business, and Fox News (without Beck), Joe Miller of Alaska taking the leadership of Western Representation PAC, 87 new Congress people, 17 new conservative governors, the Tea Party with its 3000 chapters, New Hampshire’s Free Staters (“ . . . opposing gun laws, legalize marijuana and Hillary is a bitch.”), The Tenth Amendment Center, state sovereignty movements in 37 states and did I mention Chuck Norris?

The GOP Establishment is Inside the Beltway. Trump is old school New York, but as new again and as innocent as John L. Sullivan half naked in the ring, taking on the world, alone. Some of these by no means would find Trump representative of their interests, but all have risen in opposition to the GOP Establishment.

The GOP Establishment peddles INFLUENCE. Trump understands POWER. And marketing. And packaging. And he sees what is quite obvious by now; an amorphous American movement looking for form and structure; a play like Pirandello’s looking for an actor; looking for a champion. And he understands that the old establishments both Democrat and Republican (Ford and Chevy? Meat and Potatoes?) are arid and calcified and lost in the wrong century. His combination of Bismarck and Phineas T. Barnum could well be the catalyst. It is not far from Ronald Reagan’s approach. Sending Rove and Krauthammer to apoplexy all in a weekend suggests he is on his way.

The GOP Establishment’s constant attempts to drag it back again to the Bushes suggests chronic fatigue. It is debilitating. And it is a roadmap to failure. History does not follow a straight line but moves periodically through tectonics shifts; Jefferson, Andrew Jackson, Theodore Roosevelt and Kennedy brought such changes overnight and so did Picasso and the Surrealist group, and The Beatles in the Sixties. It is nature’s way. We are at such a transition now.
Posted by Bernie Quigley at 6:15 AM