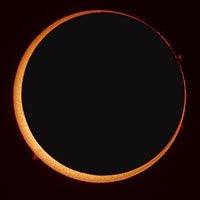 With only a short time left a slight change sets in. The “lipstick” thing is finished with. Cliché is the fast food which sustains the banality of the establishment press and this one has run its course. And Tina Fey, naturally reticent and a true artist, said, “I don’t know . . . ” when asked if she would be reprising the Palin schtick. To caricature is to possess and territorialize one’s other, as they say in Lost. There is no such thing as a joke. (Dr. Freud, no?) That they wheeled out an old hack and has-been like Bill Murray to steal her light must have been an embarrassment to her.

At some point the appearance of poor taste - even brutish poor taste - arises. Which is to say it is unfair. And Doonesbury, that Beetle Bailey for the Leftover From the Sixties crowd, which has always been unfair, suddenly brings questions to CNN as to whether Trudeau’s caricature of Palin is satire or bias.

It is, of course, bias, egged on and engendered possibly by those considered more enlightened like NYTs essayist Frank Rich, who two-weeks back presented a purely evil “satire” of Palin’s pregnant daughter. And NYTs essayist and foreign correspondent Roger Cohen, who informs us this week in a column on Palin that the quirks of history sometime bring “really weird” people to power. The Germans know all about that, he said; a mnemonic devise clearly designed to compare Sarah Palin to Hitler.

Yet in the same few days, the NYTs, for the first time as far as I can see, has run a front page headline calling Palin the most riveting speaker in the campaign season, which was well obvious to the 4,000 people who came out to see her yesterday here in New Hampshire and has been since she first took the podium. And Maureen Dowd, who has enabled the scorn of these Nantucket liberals all along, finally suggests that Sarah Palin may well be a fine wine not yet aged. (Is it not possible that Dowd and these others are just too long in the tooth?)

Mrs. Longfellow Deeds may not be sent back to Alaska quite yet.

And speaking of Leftover From the Sixties, Hillary Clinton’s very casual remark that there is about “zero chance” that she will run for president in 2012 is not so much about her actual intentions in 2012 as it is about her campaign’s self assurance that Obama will win in November and be the Democratic party’s standard in 2012. But this same self assurance has carried through the Clinton campaign and so far it has been a feature of their consistent mismanagement and failure. If McCain wins she will of course reconsider.

If enough light has begun to come into the room to see Palin as she is, the dynamic voice in the awakening of a new heartland phase of conservative politics, perhaps this rise from denial will also bring a reappraisal of Obama. That Sarah is not one of us is the one side of the coin. That Obama is our man is the other. The questions about the Obama ally, ACORN, allegedly initiating widespread voter fraud, are legitimate. Questions about Obama and his Three Kings - one a preacher as mad as Rasputin, one a Chicago gangster, one a terrorist - are legitimate.

It is tending to bleed through everywhere now. Jesse Jackson said: "Zionists who have controlled American policy for decades" remain strong, the “decades of putting Israel's interests first” would end once Obama became president. This from someone who hates him and wants to castrate him. The anti-Semite Louis Farrakhan on the other hand, loves him and says more or less the same thing.

“I've studied Mr. Ayers's work for years and read most of his books,” writes Sol Stern, a senior fellow at the Manhattan Institute, in today’s Wall Street Journal. “His hatred of America is as virulent as when he planted a bomb at the Pentagon. And this hatred informs his educational ‘reform’ efforts. Of course, Mr. Obama isn't going to appoint him to run the education department. But the media mainstreaming of a figure like Mr. Ayers could have terrible consequences for the country's politics and public schools.”

Not long ago Obama’s views on education were considered visionary by no less than the conservative NYTs columnist David Brooks, who criticized McCain for not sharing in them.

This election is fully about the world financial crisis. If it booms again as it did Monday and sustains a boom over the next few weeks, McCain could still win. If it continues to decline - overnight the Nikkei dropped 11% - Obama will proceed.

But much more is at stake here. The fiscal crisis today could have happened at any time in the last year or in the next two years. It is not a coincidence that happened today and increases in intensity as the election grows nearer. There is no such thing as an accident. (Freud again.) The world outside our borders has come to question America’s authority. Maybe that steady hand on the tiller since Reagan - since Eisenhower - was only stabilized by Prozac. Maybe the angel left entirely when Manny Ramirez moved to Los Angeles.

The uncertainty of the presidential race and the questions of character and personality of the candidates could well be a destabilizing factor in the world markets. But in a crisis environment - and we have long been in a crisis of authority in this country - people at one point suddenly reach a solid state of sense and sensibility to face the crisis. Canada, my good neighbor an hour to the north which is very much like America but better behaved and more inclined to keep the stick on the ice, voted in legislative elections yesterday to retain conservative Stephen Harper’s group in office. Harper is considered a Canadian parallel event to George Bush. It could be a harbinger for McCain.
Posted by Bernie Quigley at 12:13 PM