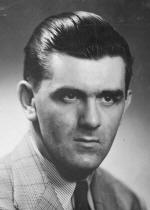 I blame Howard Dean. Was Creeping Deanism that sent over the edge.

At the beginning of the invasion of , under the leadership of Jean Chrétien, stood up against American influence, alone in the Anglosphere to do so. But it left a feeling of being cold and alone, amplified by the bitter wind on the Winnipeg plains and a hockey strike sent - perhaps by God - to punish them or as many considered, sent for that same purpose by the American hockey commissioner.

But there is some awful thing gnawing at the heart of English-speaking Canadians that makes them want and need to be something like Americans. Distance causes anxiety. We are bound together somehow like the goddess with two faces. So slouching toward Bush, after Chrétien, Canadians next brought in Stephen Harper, a conservative from the western provinces, which are supposed to be something like only cold as Ned. Harper is an evangelical church attendee as well. That brought a satisfying alignment for awhile and after stating boldly that would defend the Northwest Passage against encroachment by American submarines – which brought great laughs on the excellent Canadian comedy hours – rightly sent soldiers to fight the Taliban in .

however, has none of these identity issues. As far as I can see, Québécois have never wanted to be like Americans, even though most French-speaking Québécois probably share blood with New Englanders like myself from the days of the industrial economy when Catholic French and Irish fought and married together. But they do not want to be like us and they do not want to be like Anglo-Canadians either. They have been going to the same stone churches since 1607 more or less without interruption or upheaval. They are not like anyone else on this continent or on any other continent. They are like themselves.

But big problems arose just recently. In the last few weeks ’s Liberals woke up again. The tide had turned again in American politics. Shouldn’t they turn as well? Strange as it seems, the Liberals, putting forth a Harvard professor for leader who has lived the last 30 years in the , then thought it would be a great idea to invite Howard Dean to speak to their national convention.

Howard Dean? There are some things that the French just cannot understand about the English-speaking Canadians. This is one of those things and they might share it with the rest of us. Why in the world would invite a foreigner to speak at their Liberal convention? And why Howard Dean? Here in the , new Democrats elected in November have been calling for his removal from his position as Chairman of the Democratic National Committee. Maybe Canada is the new Vermont.

What is interesting about this is that when Howard Dean was Governor of Vermont, Vermont had a very practical and positive working relationship with , its next-door neighbor. Dr. Dean even did much to encourage regional relationships over federalism. But I cannot imagine in a million years the Bloc Québécois inviting him to their convention.

It was more of the same. In the last election there was some controversy when Bill Clinton came to speak – came to campaign – for liberal English-speaking politicians.

Bloc Québécois leader Gilles Duceppe proposed that Parliament declare a nation. And in a preemptive strike as ill conceived as his current counterpart's recent tactics in the Middle East, Prime Minister Harper declared, “ is a nation. But it will never be an independent nation.”

Commentators made the point that there are no legal or Parliamentary implications to Harpers’ statement. But the implications are myriad and go to the core of identity on our North American continent.

The Québécois movement started not long ago with contention boiling over at a hockey game between French and English speaking fans in . But is not a “new” nation like something drawn on the map by Winston Churchill between cocktails at the end of World War II (or by vegans “reinventing themselves” in the ).

Quite the contrary. has an old ancient Acadian soul which precedes English presence everywhere on this continent outside of New England and , and it is something you sense right away when you visit there. takes modernism in stride; it takes all of the political trends, fashions and currencies in stride. It has something to return to when the trends pass. has an old soul, while the rest of has a new soul; or a nervous soul; or a neurotic soul; or no soul.

has always been here and will always be here. is like , older than , way older that communism, political nihilism, capitalism and consumerism; still there when the rave passes and it awakens again. is like , once, future and always, watching rise to the world around it and fall again. is like the Old Dominion, acquired and tamed and mastered by the New Man of the North, as the great historian W.J. Cash put it more or less, but a spirit bound to the land like a river.

What if Cromwell had declared to be a nation but never to be free as Harper did ? What if had declared the South to be divisible and autonomous?

is and always has been a nation. The question is now, what is ?
Posted by Bernie Quigley at 3:52 AM

See you later, thanks

With all due respect... why is a New Englander telling the world about Quebec and Canada?

Some of what you say is true but some is way oversimplified. And some needs fact checking: it was not Gilles Duceppe who started the latest "Quebec is a nation" debate, but Liberal leadership contender Michael Ignatieff in an attempt to ingratiate himself, or shall we say suck up to Quebec. Too obvious, unfortunately.

And Harper's election had way more to do with the mess the Liberal party was in, than any desire to emulate the US.

And please do something about your spam! ;)