The Century: Libertarians Lead the Way 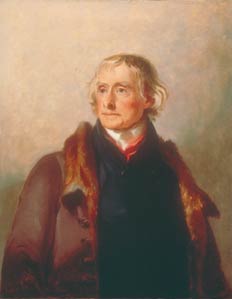 In the beginning of ’s administration two men defined the fundamental principles of the two societies, Alexander Hamilton for the North and for the South. The one was extreme centralization, the other was extreme decentralization; the one was nationalistic and the other provincial; the first was called Federalism, the other States Rights, but in truth the first should have been called Unitarianism and the second Federalism. – Frank Owsley, The Irrepressible Conflict

History enters the world hiding in plain sight. It is ignored at first, then patronized. Next, hostility builds against it, then panic. is almost at the panic stage now that Prime Minister Stephen Harper has called a nation. But will never be an independent nation, he added with patriotic fervor, crossing the floor of Parliament to shake on it with the resolute, fixed-jawed opposition. The three Canadian parties have bonded manly against the Quebecois now. But now it is too late. Eventually will be her own – ‘twas only fear of invasion by Ulysses S. Grant which bonded her with ’s Brits in the first place. too, appears to be ready to go its own way, The Washington Post reports in an article titled The End of the United Kingdom. was the book, the Elizabeths I & II the book ends. Queen Elizabeth is a fair and decent monarch. But who could tolerate Charles’ and Camilla’s picture on their money?

If ’s Commonwealth is on the verge of panic, Libertarians here in the Land of the Free are still between ignored and patronized. But anyone who watched the C Span debates for local offices across the country this month would see them hiding in plain sight and their influence spreading. They made the best of points, particularly about local control and local destiny. Libertarians still may be largely ignored by major press outlets but their ideas are being assimilated by both major parties. And Libertarians today are the primary purveyors of Jeffersonian ideals; ideals and ideas which call for state, local and regional control and local-grown culture rather than federally dictated policy and mandates. Could ever find its own nature and identity again and get its groove back? Hard to say. So much has come and gone since 1865 and dominance by the territorial imperatives of Wall Street, the Empire State and the Hamiltonian federalists, like the huge mother ship in the movie Close Encounters, hovering over our heads.

I first felt the new Libertarian influence just five years ago when Mitt Romney, the Republican Governor of who hopes to run for President, disparagingly used the phrase “one size fits all federalism.” The core of the complaint is that what is right for the and the Katrina region is not right for . And what it good for is irrelevant to the . New visions of federalism like those of Jefferson and Madison were being fathomed at The Federalist Society where Romney had given a speech. Arthur Schlesinger Jr. became apoplectic when newly appointed Justice John Roberts was said to have had some relationship with The Federalist Society. Now Schlesinger’s political ally Robert Rubin, Bill Clinton’s Secretary of the Treasury, has started something called The Hamilton Project. The core of Hamiltonian thinking is One Size Fits All Federalism; a centralized government which controls all, aiding and abetting multinational corporations and aided and abetted by them.

But I predict that the Hamiltonian part of our American journey is drawing to an end. As ’s vision dominated from Jay’s Treaty in 1795 to the present, we will see now the tendency arise in the century ahead. The better part is ahead. The rise of moderate heartland – red state – Democrats in the November election brings new and growing influence in the Democratic Party; Jeffersonian and Libertarian influence. Today, Republicans and Democrats are both expressing Jeffersonian tendencies; the only wholescale holdout of pure Hamiltonian federalism and global corporatism being the Clintons and Kerry; the Nor’easters.

They are still popular among the rank and file and among Democrat press operatives, idolaters and sock puppets, but time will show history began to pass them by in the November, 2006, mid-term election. Today, new Democrats are making inroads in red states, particularly in the South and the , and these new Democrats share more common ground with Reagan Republicans than they do with Clinton Democrats.

The Clinton Democrats, with their corporation identity adopted in the 1990s, have also been as susceptible to the most dangerous and near-sighted ideas of the neocons as the Bush-Rove Republicans. Ideas like NATO expansion with nuclear potential into Holy Roman Empire territory when was perceived to be weak. This, called “a mistake of historic proportions” by the best foreign policy minds, is now proving to be so. Its strongest proponent was Vice President Al Gore. But the greatest danger of One Size Fits All Federalism is what we are seeing today in the Middle East; the smallest and quirkiest of well-funded political tribes can conjure influence and commandeer the will of the entire 300,266,521 of us, as they have in .

But political novelty descends quickly into historical oblivion. The leadership crisis is passing in the Oval Office: The able hand of James A. Baker, Ronald Reagan’s chief of staff and possibly the most competent public administrator since George Marshall, could be seen in the Oval office as early as last June, replacing the misbegotten twists and turns of Rove. With the arrival of Robert Gates to replacing Rumsfeld as Secretary of Defense, the leadership crisis is ending, although the disaster in will persist.

Of the major Democratic candidates with red-state potential, only John Edwards and Wes Clark remain. General Clark’s chances lessen; he was the best antidote to the leadership crisis now brought to equilibrium more or less by Baker’s Council of Elders and Gates (even Kissinger, who egged on the neocon adventurers, jumps ship before the Baker report is given). That leaves Edwards to rise. But what is most critical in this mid election is attitude change: “war fever” – the primal motivation of a war without strategy - has clearly passed; that is, the irrational but natural “gut” drive to blind revenge post 9/11 which led over 75% of the nation to support the invasion of Iraq even after Rumsfeld publicly stated that Saddam had nothing to do with 9/11, has dissipated across the country.

Americans will now seek to return to ourselves. John Edwards’ new book is most appropriately called Home. That is the natural direction of Jefferson's vision and all things arise from it. People are tired of war. Democrats will turn homeward to John and Elizabeth.

Posted by Bernie Quigley at 1:00 PM

With all due respect Mr. Q., I totally disagree. The day this country erases from it's collective memory the attacks of 9-11 and *all* that has followed in the aftermath is, perhaps the day Edwards will 'arise'. But imo, even that is a stretch since most progressives simply will not vote for a former senator who supported the bush-war-agenda *and* contributed to authoring the Patriot Act - they are not about to forget.

just thought I'd let you know a place where you can make some nice extra cash secret shopping.
I made over $900 last month having fun!
http://www.degree-programs-online.info/makingcash.html