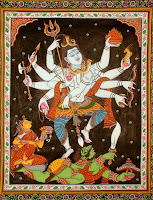 The Pulitzer Committee does the right thing

Like Ilsa and Rick in Casablanca, the English Department will always have Paris, even when the rest of the world has moved on. Said here, it is fairly astonishing that committees of businessmen like the committee for the Eisenhower memorial will go every time for the Frank Gehry design; images of things blowing up, sinking and falling down. But for the rest of us, history turned on that blissful and heroic moment in Casablanca when Victor Laszio walked into Rick’s Café Americain – in center of the world in 1943 – faced the darkness head on and demanded that the band play the Marseillaise. The contemporary world formed at that moment and the future awakened. But they didn’t get the message in the English department and it s darker sister, the art department. Now this week the Pulitzer committee refused to issue a fiction prize and as the judges go public to complain, I couldn’t help but notice that one of them cited the tradition by identifying Hemingway’s “The Sun Also Rises” and Scott Fitzgerald’s “The Great Gatsby,” published respectively in 1926 and 1925. The Pulitzer Committee here in the new millennium did the right thing. Because as much as the Democratic Party lags back to the 1920s and 1930s, so do the art and English department. And theirs are formulations of the end of the world; an end of a world that has long passed and begun again in America.

These books rank high in Quigley’s contemporary anthropology of the millennial turning because “Mein Kampf” was also published in these same years; Vol. 1 in 1925 and Vol. 2 in 1926. So you can see why they were getting depressed, and if you were clever, like Churchill and Roosevelt, you would know by then what was rising just ahead. But the English and art department never got to the singing of the Marseillaise part. To paraphrase The Divine Miss M who once said, “When its three am in Los Angeles, it is still 1938 in London.”: It’s still 1926 in the English Department.

Said here that the Gehry designs all appear to resemble one painting by Marcel Duchamp, Nude Descending a Staircase (No. 2), painted in 1912. It became an item in Andre Breton’ Surrealist Movement; or better, the Dada Movement, as it moved into the Surrealist Movement. Duchamp has since been declared the greatest artist of the last century by academics. But he was a marginal player in the Surrealist Movement. And though few are interested, the Surrealist Movement, like the singing of the Marseillaise, was a moment of “transfiguration”; the moment when the old body was cast off for the awaken in that new age of birth and death so prominently symbolized in that famous “dance of creation” image of Shiva dancing in a circle of fire.

They did not make the transition because unlike Monsieur Rick and Captain Renault, they remained afraid of the fire. But the tragedy is that they have institutionalized themselves in odd corners of the university which most people never pay any attention too.

The National Association of Scholar’s report in “A Crisis of Competence” (April, 2012), that University of California campuses offer both qualitative and quantitative data that demonstrate an astonishing leftward tilt in the academics of the University of California system, most notably in the humanities and the social sciences. The Pulitzer committee does well to step aside, less they be considered conspirators.
Posted by Bernie Quigley at 7:54 AM