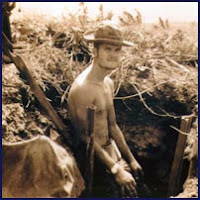 Jim Webb for governor of Appalachia

Jim Webb, novelist, warrior and senator, leaves the Senate this year. Man of honor, man of contrasts. He is a man as comfortable in the red neck hollers as he is among South Asia’s Buddhist sangas. We have not seen his likes since Davy Crockett graced the halls of Congress. But he shouldn’t go too far as he is still a good fit for the times. Liberals tend to dislike Wall Street. Conservatives dislike Washington. Jim dislikes both. I’ve been hoping he would run for Governor of Virginia. Then Governor of Appalachia might be a better fit.

We face a seismic shift ahead. It is already upon us. It is a shift from Hamilton’s model of centralization to an age of Jefferson and sovereign regions. I’d suggested here that Martha Coakley run for Governor of Massachusetts, but she might better see herself as the first regional Governor of New England. (Although Elizabeth Warren is a lot more fun.) Without doubt, Jim Webb, born fighting native son of Appalachia, would be the natural first regional Governor of Appalachia.

Mine was a fin de siècle generation. But today the young ‘uns look to begin again. And they look to Ree Dolly with a catatonic mother and a father killed in the meth trade on the hills of Appalachia. It is a heroic vision as Ree, at 17, has two children to care for; byproducts of failed adulthood surrounding. Ree is a singular warrior retrieving honor from a train wreck of dying, utopian visions that have plagued us more than a century. Suzanne Collins writes of honor as well in her Gregor novels. She has morphed Ree to become Katniss in The Hunger Games.

An interesting book out recently, Our Patchwork Nation: The Surprising Truth about the “real” America co-authored by Dante Chinni of the Jefferson Institute, has the subtitle: “The 12 community types that make up our nation.” With some synchronicity, Collins’ dystopian vision also has 12 Districts. Appalachia, like Gaul, is the bravest of the 12, and Appalachia saves the world.

With Chinni’s book and the popularity of The Hunger Games, the vision of 12 “Americas” gains a purchase. This idea likely entered public thinking in Ambassador George Kennan’s autobiography, Around the Cragged Hill: A Personal and Political Philosophy, published in 1993.

Kennan also pitched a Council of Elders, to play the role a Senate once played and still does in Canada; that of advisory to a law-making body rather than a second law making body. There is no sense to having two law making bodies and no advisory. I've been pitching this regularly as a council of 12 governors – a “supercommittee” of governors might be less pretentious - chosen among themselves and with one leader.

What is suggested in Kennan is a series of 12 regional governors of 12 regional circles (collection of states with common sensibilities, like Appalachia) to which some federal law can retreat and some state law can advance. This would fit the contours of America as we have changed from three cities and a forest in 1776 to distinct regions with their own sensibilities, spirits, ancestors, mountains, rivers, flora and fauna today. The utopianism which plagues our innocence disappears in a decentralized Jeffersonian perspective. We find ourselves here, grounded, with a sense of place.

As Tolstoy saw it, it is possible to meet the world’s changes without conflict. A regional council can begin to accommodate this in our times. Jefferson’s perspective advances decentralization and decentralization awakens today like a hurricane. It will carry the century.
Posted by Bernie Quigley at 6:51 AM