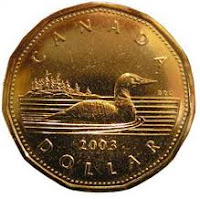 A zen history of Canada

Ten years ago Canada was on the skids. The Bloc Quebecois was on the rise, the IMF was glaring and Canadians were self effacing and avidly in between, not sure if they were real unto themselves or a kind of cold country American. They knew neither who they were nor who they were not. As Canadian novelist Robertson Davies said, Canada was the “introverted half of America.” What a great image. A columnist for the Boston Globe who wanted to be Charles Krauthammer when he grew up said, “There will never be a Canadian century.” At that time the Canadian dollar was converting to 75 cents American. Today it is worth $1.06 U.S and rising rapidly. What happened? How did Canada get strong? It overcame two existential and psychological challenges, the United States and Quebec.

Over long periods history can be looked at as a chemistry experiment. England’s fate can be seen broadly over two thousand years as going back to only two days in particular: The day Elizabeth I removed one of the chemical elements by chopping off the head of Mary Queen of Scots is the first. It changed the chemical makeup of England. It ended a long thousand year irritant – longer – from those pesky Picts who came from Ireland to the space now Scotland and just wouldn’t go away. It is the kind of irritant that makes you strong and keeps you on your guard. Trafalgar again changed the chemistry. Tiny England soared to world conquest and remained in the game until Sean Connery was knighted.

Canada faced a similar situation with Quebec, natural enemies united from the first in confederation as protection against colonization by the Unites States in the 1800s. Today Canada and Quebec have come to terms. In the recent election the Bloc Quebecois, which seeks secession from Canada, received only three seats. The movement has effectively ended. I have felt that the Quebecois movement was a conspiracy to make Canada stronger and more independent from the United States and when that happened the two would find common ground.

And that moment happened when the little Krauthammers who had been sitting around the offices of the Weekly Standard for years trying to decide which country to invade when the opportunity arose finally got their opportunity to act after 9/11 and easily convinced George W. Bush to invade Iraq.

Canada, under the leadership of Jean Chrétian, the “little guy from Shawinigan” who spoke English with a hilarious accent, directly told the U.S. he would not support the effort. Quebec, which has zero pseudo-Americanness, vehemently opposed the American invasion. Bernard Landry, leader of the Bloc, openly expressed his support for Chrétien and the Bloc and Canada were one.

But Canada and the U.S. no longer were. Canada would no longer be a footnote to American efforts. Canada broke free at that moment. Since, with the election of Stephen Harper and the weakening of the Liberal party and demise of the Bloc, Canada has gone its own way. I believe it will now be seen as leading the way if Rick Perry makes progress into 2012 as these two share characteristics in culture and politics. And a Perry presidency will accommodate the Tea Party much as Harper was able to accommodate Quebec.

The Canadians might have gotten it right first. It is easy today to imagine the Loonie worth $1.30 one day soon given the situation in America today.
Posted by Bernie Quigley at 6:02 AM