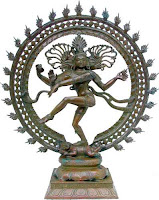 Why states rights? America is at a sea change.

Granma eating Alpo? This presidency will grow increasingly sordid. Will it bring a challenge?

Always in politics we expect the future to be like the immediate past but it never is. That is generational wishing. Kennedy will be back, Reagan will be back, Clinton (Bush, Brittany?) will be back because we think of them as immortals. When they ask England hundred years hence when her drooling peasantry is rooting for potatoes why did Gordon Brown sell England’s gold in 1999, the answer will be because he like at least half of his generation thought Bill Clinton was a god.

Maybe it comes from that old saw . . . one of those misguided truths scribbled on a three-by-five index card in college, that history repeats itself and those who don’t read history are condemned to repeat it. But those who do read history are condemned to repeat it as well. It is what we do. History runs in cycles and changes like water, like swirling fire, like the hands of Dancing Shiva swirling left and right in his dance of the creation. Worth noting that thing beneath his feet. He dances on the corpse of the last creation. But in the center of that famous icon of life’s circle of fire the right hand stabilizes, palm out, in the center as if Shiva is posing for a photograph. It means this and this is the real story of history: It is a comment repeated by Mad Men’s Don Draper, perfect master of his imagined time and our own, and it is repeated in many episode. And sometimes he holds his hand up in the same way Shiva does when he says it: “Everything will be alright.”

I’ve never really seen the difference between optimists and pessimists. They seem rather extraverts and introverts. The extraverts hope to build the recent past into the future but they never see the turnings. The introverts always see the turnings. But then the extraverts take over. As a rule of thumb, they generally then burn the introvert at the stake and eat his babies. The optimist wants to build the current temple higher, the pessimist dreams of the oldest temple being born again, the ancient temple, the golden temple inside, the temple without walls, the timeless temple, the Temple Mount. And sees it rising again – it is always there, under the rubble and it returns again when the optimists’ buildings grow too tall and collapse.

But today, as Noonan says, the culture the extroverts have brought us is disturbed and distorted. When they invaded Grenada they blasted the opposition relentlessly with poisonous, soul-killing pop music. Now the music plays here, everywhere, and you cannot escape it.

Rule of thumb: When the elegant nihilist gains the competitive edge – Victoria’s last days, Jimmy Carter’s disco-era presidency, our present moment – the culture has stopped producing. It will then either die or be born again. Such is the turning ahead. Hard to decipher, so we strive, like Cher, to hold back time. But now it is upon us like a deep cerulean tide.
Posted by Bernie Quigley at 4:00 AM