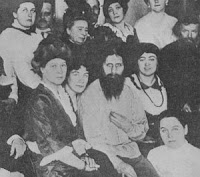 A Nobel Prize for War

It is well forgotten today but the idea of putting missiles in Poland, the Czech Republic and Hungary was first insinuated into the hearts and minds by Newt Gingrich when he suggested it in the period of his Contract for America, which had such great influence on both parties at the turn of the millennium. It became fully integrated as national policy in 1997 when President Clinton and Vice President Al Gore pressed the Senate to pass it. Susan Eisenhower led a group of senior foreign policy people from the World War II era calling it ‘ . . . a policy mistake of historic proportions.” But there was something distinctly generational about this group which inhibited them from taking advice from the old and the wise and 90 Senators voted to pass it.

At the time the Democrats were in a Clinton trance and they are only now beginning to come out of it. The liberals were enamored of the Czech poet Vaclav Havel, the poet turned president, thinking perhaps there would be peace if a poet was president. In the English Department and on NPR he was considered kind of a monkey god; the kind which engenders new abstractions. Many considered that the poet actually “brought down” the Soviet Union when in fact, the cat just died. They did not realize or did not care perhaps that promoting a binding war alliance with the Czech Republic and some of the Orthodox and Muslim countries swinging to the south meant advancing the nuclear option and committing America to war with Russia. Good thinking, like the suggestion of E. Pendleton Banks, a Soviet expert and scholar suggesting a “Danubian Federation” were not even aired. Havel talked about Frank Zappa and the Sixties and that did the trick. He was from the Sixties and they were from the Sixties. No number of wise elders can defend against Frank Zappa. Had we had such an agreement with Georgia, which it certainly wants, we would be at war with Russia today.

It was primary to the neocon world view; encircling Russia with weapons over there to the left (Part II), with American boots on the ground to the south, dropping them down from Germany where they were no longer needed, to permanent occupation bases in Iraq and thereabouts (Part I – complete, thanks to the neocon’s the great, good luck of 9/11). In the first days preceding the invasion of Iraq some advanced dharma was aired by fellow travelers and coat carriers, like the suggestion that India be brought in as an American ally – just imagine the extra foot soldiers we could get to occupy all those pesky places in the Middle East out of India’s horde of one billion - and replacing France on the UN Security Council with some American sycophant to minimize the pout factor.

I happened to be at the time a speech writer for a big supporter and fund raiser for Al Gore. I wrote Gore a letter to complain that his administration would lift this idea, like so many others, from Gingrich and Kagan. To my surprise he fiercely supported this program saying that the Clinton administration intended to push NATO into every nook and cranny of the recently freed Orthodox and Islamic neighborhoods of Russia.

I found the naivety of this position astonishing. Just a few years before Bill Clinton had appeared on TV with Eli Wiesel claiming he “ . . . didn’t know what to do” in Bosnia and it was well apparent that he did not. Then he hired a marketing strategist to tell him what to do, much as Hillary gets Mark Penn to tell her what to do now.

It was kind of unprecedented. Jimmy Carter hired a consultant to discuss hair and general appearance so as not to look too Southern in a country just getting used to it, but never about war. They already had people who knew about that. Not since Rasputin had a national leader just advised about things which he had no background in and simply with market share in mind. But to be fair, Rasputin’s advice to Nicholas was actually quite good. He was alone to warn Nicholas that war with the West would bring devastation. All the professionals advised Nicholas to go to war, just as most all the professionals today of both parties advise that these war initiatives are the best course and war with Russia would be inconsequential.

The Clinton people came up with the same playbook: the Kagan/Kristol playbook which primarily asks us to pretend there is no China and return instead to the 1950s and the Dulles Brothers – nuke Russia before Russia nukes us. There is a little twist to the Bill Clinton version – it appears to be the same old Dulles Brothers but edited and with a new introduction by Nathan Bedford Forest.

Something to think about when those pensive eloi of the Nobel Committee next consider their prizes. Bill Clinton is said to want a Nobel Peace Prize for his work in Africa on AIDS. Or for something else. Makes it worse for Bill that they already gave one to Al Gore for his environmental movie even though as I recall he signed the contract for China to build a million Buicks there as VP. Do they still have Buicks? In China, apparently, millions of them.

I don’t know. The people who decide these things are Old Swedish Men who live in tiny little rooms in a cold and gnarly land like where I live and they never go anyplace fun. I know they have never paddled the Boundary Waters in Minnesota and Wisconsin and heard the night cry of the loon or been to the Dixie Classic or drove all night to Nashville and got tattoos. I’m quite certain that not one of these venerables has a tattoo of the Zig-Zag man on his forearm like my friend Burt.

They would never give the award to a guy who invented bicycles or something as sublimely elegant and simple as that environmental wonder, the clothes line. I never expect the poets I admire like Kurt Cobain to get an award like this. Or actual peace bringers like Nora Jones. But we have come today to the tipping point. Let us consider it from here back to the point of origin. And let’s, with grace and responsibility, give prizes where they are deserved and likewise, where it is deserved, let’s begin to assign blame.
Posted by Bernie Quigley at 3:18 AM