Why Wes Will Win 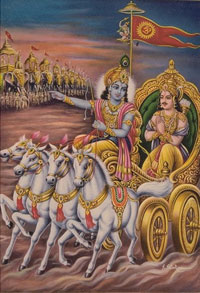 As anyone who has read my other blog, Quigley in Exile, will have noticed, I am a Buddhist and my first interests in life are dreams, art and patterns of culture as they evolve and erupt from the Unconscious to the everyday world. This can be expressed as thinking about character rather than objectivity. Zen is about character. All journalism and all life in the West since the 15000s is objective. But what I do follows in zen and Taoism described as “the path of integrity.” When times are flush, anyone and their wife can be President. Daryll can be President. But invariably, strengths yields to disorder and nature calls forth character again. I wanted to explain my perspective in light of that.

In the 1940s and ’50 psychoanalysis was in fashion and a number of interesting perspectives first appeared in the West. Norman O. Brown’s Life Against Death is useful, particularly to formative minds. Brown combined what was current psychological theory with sociology and politics to point out that culture behaves collectively much as individuals do. One of Freud’s observations was that neurotics don’t remember, they repeat. That is, when someone is inhibited and blocked from the natural flow of her or his inner life, they reach a blank wall when they try to go inward, as everyone must. That individual is compelled outward; compelled to Extroversion, but cannot make progress in the phases of life as one phase leads naturally to another. Instead, the individual substitutes a novelty for real experience and will go off on a tangent. When the novelty wears off, the individual is left again in fear, facing the gaping maw of the inner life and the source of obsession and fear. He adopts another novelty, and his life becomes a string of novelty in sequence, with short breaks in between.

But in times of crisis, all people become afraid of the difficult task ahead, and war is the most difficult task. Lord Krishna’s most famous speech to Arguna, in the Baghavad Gita, was on the battlefield. Arguna, at the moment of crisis, hesitated and adopted a pacifist stance. But all life crises are the same. It is natural as well that when society has been away from real crisis for a long time, it becomes apprehensive in facing difficult duty: was occupied by the Nazis for two years before the Americans finally took to action.

We are at that point of crisis today. Classically, societies face their greatest crisis between the 60th and 65 year of the post-war life cycle; it is the end of the third generation and the beginning of the fourth, which arrives in crisis and builds the world new again.

Today the press and the rank and file in politics largely have not addressed the crisis at hand. For the most part, they are just hoping the leadership crisis will go away and things will go “back to normal.” There will be no going back. This is the crisis which will bring us forward and bring a new generation to dominance.

There is almost a hysterical call today for Senators Obama and Clinton. Neither of these are inherently prepared to a management position as critical as the Presidency. Neither addresses the challenges. They are both novelty and inauthentic candidates in that they attempt to bring forth in the public a moment of the past; Senator Clinton is a Sixties generational figure while Obama is reminiscent in his early writing of both Malcolm X and Richard Wright, leading figures 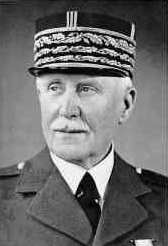 of the ‘50s. Neither of these figures has the strength to address the crisis; Senator Clinton especially has appeased and empowered the right-wing throughout the crisis. When we face and overcome the crisis, those who appeased will be remembered much as Pierre Laval and Marshall Petain are remembered in .

But we also know what we need to do when we find the courage to cross the river. INVARIABLY, moments like this leave objectivity, marketing statistics and the rational path and default to character. We already know who the character is who will lead us across the river.

In the primary of ’04, which was the coldest winter on record here in , I brought a lot of people in to warm by the fire who were campaigning for candidates. Most were campaigning for Howard Dean. When I said that I was a volunteer for Wesley Clark, invariably they said that they would like to see Wesley Clark as Vice President in a Dean Presidency. Howard Dean did not really want to be President; he knew he did not want to be – but his followers found in him a comfort – I would call it denial of the crisis and the emergency and a denial of the responsibility to face it – but beneath that they saw the authentic figure, Wesley Clark. They will reach to General Clark when they muster the character to face their duty ahead. Kerry people wanted as VP as well. Everybody did.

General Clark has been a solid state figure from then until now. None of the other candidates have any sense of urgency, or shock, of disbelief when the administration takes another further step into arrogance, hubris and illegality. Only has stepped forth to address the issues – it is an innate force; the natural personality which come to born leaders.

In the ’04 primary season when said, “I’m not going to be Howard Dean’s Dick Cheney,” it revealed to everyone what they already knew: They wanted Wes Clark to run the show as Dick Cheney runs the show: They wanted Wes Clark as President. He is the one necessary ingredient to face the leadership crisis today in . His progress will be a graph of our willingness to face the crisis; as his line goes up, the other lines will go down. He will be the one indispensable ingredient and the rest of us will be ready to cross the river with him by April.

Posted by Bernie Quigley at 9:56 AM