World Cup – where is our home? 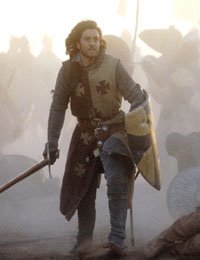 I’ve been looking for a sign of a turning of the times to the World Cup in soccer. It forms kind of a graph of our changing relationship with the world and reflects a shift of American power in the world from 1946 to the present.

In post-war period, initiated globalism in culture and economy, sending even to the tiniest enclaves in and our avatars; Kline, Big Bird. But American baseball only jelled in , our economic colony. With the World Cup in soccer, we have attempted to enter (reluctantly) into a condition initiated by others from the outside and one which preceded American dominance in the world.

The World Cup is probably a more authentic expression and barometer of globalism than the Olympics, which tends to expresses the official mind and well-intentions of governments. Two billion people watch the soccer World Cup and unlike Jamaican bob sledding, people actually play soccer all over the world. But here in the baseball, football, basketball and hockey are in the center of a soccer-playing world.

It forms a donut with the in the middle. It also forms a kind of world-mandala, as did, where all roads lead, with the in the center. But by trying to win in soccer we attempt to enter the world or “territorialize” the world on the world’s terms rather than our own. This is unlike anything we have done regarding the rest of the world since 1946. We are not doing it well. The world is winning. The lost yesterday to .

Post-war we were first in the world and the economic world (, , , Europe) was either in ruins or under the shadow of the . Since then the world has become re-animated and has risen economically (the donut) while the center of the donut (deficit spending ) recedes to meet it, creating a kind of equilibrium. This year the press focused on the World Cup as an expression of globalism more relevant than the Olympics and it showed us something new.

I’ve been interested in the flags. Press reports tell us that German flags fly everywhere today in pride during this current World Cup, as is now free of the stigma of the Second World War and German fascism. is awakening as an ascending cultural force of Europe and increasingly, independent of influence. The election of a Bavarian Pope also begins to change European culture, returning European Catholic places – and Europe was once called Christendom - to the pre-World War I sensibility of an earlier prelate from whom the Pope took his name. We are getting a feeling, to paraphrase poet T.S. Eliot, of returning to the place from whence we came, perhaps to know the place for the first time.

We also get this sense of “returning” with a rash of new books and movies, like The DaVinci Code which brings us back to 15th and 14th century issues and contentions between Opus Dei types and Templar types. It is a fascinating phenomenon as virtually billions of people, most of whom are non-Catholics, are suddenly preoccupied with these issues. Templars are also featured in the (really good) of Heaven and three weeks ago there were at least three books about the Knights Templar on the best-seller list.

The symbol on the Flag of England is, incidentally, also the official symbol of the Knights Templar. Once again we are in a “returning” state of mind which precedes 1914 and even the 1600s and the rise of the Renaissance, trading Jedi Knights Yoda and Obi-Wan, our guides through the from 1977 to 2005, for the Jedi ancestor who proceeded from the Cave of the Earth Mother in the 12th century, the Knights Templar.

We are returning, perhaps, home. This could be difficult for Americans. Since 1607 ours has always been an “outward moving” experience. As Walt Whitman put it, we were on a passage to and to Sirius and Jupiter and beyond. How will we manage an “inward-moving” experience? Where is our home?
Posted by Bernie Quigley at 12:13 PM