Where is our home? 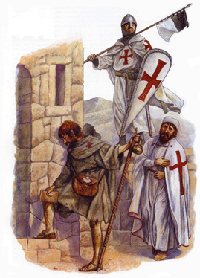 I’ve been looking as a sign of turning and as a graph of the changing relationship of American power in the world to the World Cup in soccer. In the post-war period, initiated globalism in culture and economy (, Kline, etc.) but American baseball only jelled in , our economic colony. RE the World Cup in soccer, we have attempted to enter (reluctantly) into a condition initiated by others from the outside and one which preceded American dominance. The World Cup is probably a more authentic manifestation of global nature than the Olympics, which more expresses the official mind and well-intentions of governments. Two billion people watch the soccer World Cup event and unlike Jamaican bob sledding, people actually play soccer all over the world. But here in the baseball, football, basketball and hockey are in the center of a soccer-playing world. It forms a donut with the in the middle. It also forms a kind of world-mandala with the in the center (outside/inside, samsara/nirvana). By trying to win in soccer we attempt to enter the world or “territorialize” the world on the world’s terms rather than our own. This is unlike anything we have done RE the rest of the world since 1946 and we are not doing it well. The world is winning. Post-war we were first in the world and the economic world (, , , Europe) was either in ruins or under the shadow of the . Since then the world has become re-animated and has risen economically (the donut) while the center of the donut (deficit spending ) recedes to meet it, creating a kind of equilibrium. lost yesterday in the World Cup to . But the press focusing on the World Cup as an expression of globalism more relevant than the Olympics shows us something new. I’ve been concerned with the flags as I usually am: Press reports that German flags fly everywhere today in pride during this current World Cup, as Germany is now free of the stigma of the Second World War and German fascism. is awakening as an ascending cultural force of Europe and increasingly, independent of influence. The election of a Bavarian Pope also begins to change Euro culture, bringing Catholic places to the pre-1914 sensibility of an earlier prelate from whom the pope took his name. Again, the sense of “returning” which comes with movies and books like “The DaVinci” Code,” and others, like Templar movie “Kingdom of Heaven” in place of space movies (two weeks back there were at least three books on the Templars on best-seller list). The press also reports that has been flying everywhere the Flag of England during the World Cup. That is not the Union Jack, the imperial emblem which we are all familiar with. The Union Jack is absent. The Flag of England is the Cross, a white flag with only a red cross on it. The Union Jack is (or was) the symbol of British globalism. The Flag of England represents a sensibility sans , etc., (the English tribe, rather than the English nation-state) and suggests a dismemberment of the . On the Euro continent, recedes, ascends. The symbol on the Flag of England is, incidentally, also the same official symbol of the Knights Templar. Once again we are entering a “returning” state of mind or consciousness which preceded 1914 and even 1600 and the rise of the Renaissance, and trading Jedi Knights Yoda and Obi-Wan (cultural guides, 1977-2005 thereabouts) for their Earth Mother counterpart of 600 years back, the Knights Templar. Returning, perhaps, home.

But this could be difficult for Americans. Since 1607 ours has always been an “outward moving” experience; as Walt Whitman put it, a passage to India and to Sirius and Jupiter and beyond. How will we manage an “inward-moving” experience? Where is our home?
Posted by Bernie Quigley at 5:36 AM