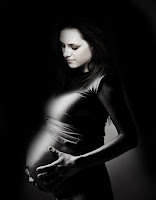 ‘Twilight’ of the Republicans; Jon Huntsman, Rick Perry to rise

“In what all say is an ‘historic’ election, the GOP is fielding its B team while the A team sits in the locker room. Since when does that win the big games?” The Wall Street Journal’s Dan Henninger asked last week.

Because, like Bella Swan, they are lost in a dark trance and can’t wake up. Because they have with astonishing hubris considered the 2012 election to be a slam dunk, visualizing President Obama to be the second Jimmy Carter, who they followed sensationally with Ronald Reagan in 1981. And so they have been inclined to advance their weakest agents; Gingrich, Cain, Bachmann, just anybody, and appeal to angry birds, to the dissolute base and to those dumpster babies of archaic conservatism, red neck radio commentators.

Possibly the Republicans have spent one too many mornings at the bar in the smoky Legion hall. They bring forth first their most honorable, the war wounded. But they don’t seem to have noticed that the war is over some 70 years now and the Poles today beg Germany to save them. War is over. We won. Time to come home.

Technically, the Republicans are stuck in time, much as the South was until W.J. Cash published The Mind of the South in 1941 and changed self awareness.

But an 8.6 unemployment rate should change things.

“Is this [the 8.6 unemployment rate, down from 9] good enough to get Obama reelected?” Stuart Varney of Varney & Co. asks colleague Charles Payne.

“Moving in the right direction. Every Republican should be worried,” says Payne.

This is good for Republicans. They should have been worried six months ago.

This should be a wakeup call. The Republicans should begin to get serious now and send forth their best people. Rick Perry and Jon Huntsman should rise. Perry did very well in Huckabee’s forum this weekend and gave a great speech to the New Hampshire legislature last week. The Huntsman girls’ YouTube bits give a human touch and apparently Perry and Huntsman are the only candidates with a sense of humor. The others appear to have taken laugh lessons for public speaking. The Huntsman/Gingrich “Lincoln-Douglas” style debate matchup is one of the best ideas to come this campaign to date.

But it’s too late for Mitt, on the settee this week with H.W. Bush and his little Bichon Frise and Barbara, sheepishly seeking their endorsement in Texas. What kind of man would do that after the entire Bush Establishment (including Karl Rove, Kissinger, Barbara and the neocon apparatus) orchestrated the “anybody but Romney” campaign featuring Chris Christie, Mitch Daniels, Paul Ryan, John Thune and anybody but Romney?

Outlook: George Will’s Saturday column in the Washington Post, “Stop the coronation”: “Both Gingrich and Romney are too risky to anoint today” pretty much comes down to an endorsement of Jon Huntsman ( “. . . Republican for people who rather dislike Republicans, but his program is the most conservative.”). Gingrich, the "angry badger," will destroy Romney and then destroy himself as he always does.
Posted by Bernie Quigley at 3:22 AM