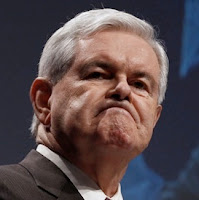 My daughter, who is not old enough to go to college, says that although she doesn’t really understand all of the issues, she likes President Obama because he seems “normal.” She says most of the Republican candidates “don’t seem normal.” It’s been my observation. I met Obama with my kids up here when he was running and instinctively liked him for that reason. It is why as things go today, Obama will likely win in a landslide. Jon Huntsman seems normal too and Republicans have no use for him whatsoever. Rick Perry, normal. Same.

Another thing, they like to fail. The Republican apparatus today is enormously proud of its failures (Gingrich). The Democrats, especially in Massachusetts, were like that for a long time after JFK. Took pride in impossible losers like George McGovern and The Duke. Considered losing with McGovern a victory. With Howard Dean as well. Likewise, they did not seem exactly “normal.” They seemed ideological, driven by ideas, even vengeance, abstracted and ungrounded. Like Newt Gingrich, Ron Paul, Michele Bachmann, Mitt Romney, Herman Cain and Rick Santorum today. Maybe it is a Reagan afterglow; there will never be another; we will wait devotedly for the return of the avatar.

Another Kennedy announces he may run in Massachusetts this week. Perhaps this one will be the returning master up here. Still they wait.

The Republicans also have ghost issues; things they support vehemently but don’t really want to happen. That gives them that out-of-body quality. Like balanced budget. They love to talk about that but they don’t want it to happen. It is something to wish for like next year in Jerusalem. They had a conniption fit last summer about wanting it and not wanting it.

And the small government thing. They don’t believe in small government. They believe in thin government. They want to remove organs of the federal government placed in there in our times because they didn’t put them there. But there has not been a moment’s discussion until the Tea Party about actual small governments which we call states. Now the Tea Party has forgotten it. And how would states work with a devolved federal government? Rule of thumb: Power will not devolve to new agencies like states and regional circles until those regions are fully formed and ready to receive it. Was that way when Germany and England removed from Rome and when the colonies removed from England. And you never really remove; you mainly shift certain responsibilities to more appropriate realms as the greater convention matures.

So all small government talk amounts to antithetical posturing. You will get a lot of that in the Gingrich administration’s “idea factory.” He’s a regular bee hive of ideas.

Texas is probably the only state ready for the shifting of authority from central government to regional. So when Governor Rick Perry says he is an outsider, he really is. Pundits who say he has spent a long time in government because he was governor of Texas miss the central idea: He has spent a long time in SMALL GOVERNMENT. And that is why he brings a successful model of regional development and governance for the 21st century.

We could have, should have, had that back here in New England a hundred and fifty years ago but defaulted to governance by New York and Washington. Elizabeth Warren, Okie grandmother, briefly brought us an auspicious new beginning. But again we default back to a Kennedy family member. ‘Twas ever thus.
Posted by Bernie Quigley at 2:32 AM