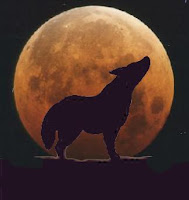 The conventional wisdom is that Newt can’t get elected so Romney should be pushed. Same was said of Barack Obama. Certainly Newt can get elected and a Gingrich/Rick Perry ticket or Gingrich/Jon Huntsman ticket or a Gingrich/Nikki Haley ticket would bring a new political agenda. Possibly only Gingrich can bring it to Washington. The Trickster starts the world again and Newt is the Trickster.

What he says shocks because it is true. And we know it is true. We just haven’t been saying that since at least 1992 and the Oslo Accords or even before. I felt we turned the corner to cloud cuckoo land when Prime Minister Margaret Thatcher and George H.W. Bush began taking foreign policy advice from Bob Geldorf. (Geldorf, who can fairly be called squalid, was a singer in the Boom Town Rats, an Irish punk band. He was the Monkey Trickster who legitimized Bono and Lady Gaga as foreign policy luminaries.) Since then we say these things are true because we have accepted them to be, like taking Pinocchio to be the real boy, we know they are not true but they feel nice and if so many of us say the same thing we believe them to be. And we don’t want any trouble. The wooden boy is good enough. But they were never true and only the Trickster – he comes with the sword and cuts through the false consciousness of the establishment press like butter – can lift the curtain.

A Gingrich/Perry or Gingrich/Huntsman or Gingrich/Bobby Jindal operation in the White House in 2012 is a very real possibility, even at the moment, a probability. Gingrich understands the new day. He is not beholden to old family sentiment and the ancient regime. The new starts with the Trickster. And he is essential for the new to begin, like John Brown or Bob Dylan. There would have been no Lincoln without Brown – Thoreau and Emerson would not have brought in the New England preachers. And without Dylan the Beatles would still be in the floppy wigs, playing Bar Mitzvahs and weddings. They have said as much. The Trickster awakens the world.

Then he goes away. A classic Trickster run today would be a Gingrich/Perry or Huntsman ticket. Changing everything. New foreign policy, balanced budget, the whole nine yards. Then two years in the horde that brought him there tires of him and decides to throw him out. And as quickly as he slips in, coyote Trickster slips back into the forest. Then the great man takes over, whoever that would be. Probably who Newt brings in now as his VP: Huntsman, Perry, Haley, someone else yet unsuspected as Gingrich always does the unexpected. It is the way of the Trickster.
Posted by Bernie Quigley at 4:52 AM