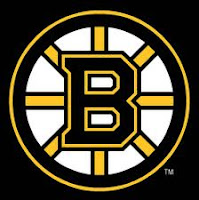 Lord Stanley returns to the center of the universe

Those who took a course in journalism 30 years ago may recall the famous headline, “Hub man dies in Chicago fire.” It is how the populist press in Boston referred to the great Chicago fire. The fire itself was inconsequential. The big story was that a Boston man died in it.

Because Boston was “the Hub” and the Boston Bruins today is sometimes referred to as “the Hub of Hockey.” Actually the phrase was coined by Oliver Wendell Holmes as “the hub of the solar system” modified to “the hub of the universe.” Because the universe is not peace then but conflict and countervailing forces.

It was the height of arrogance unless of course the assessment was correct and Boston is the hub of the universe. Black Elk said the “center of the world” is wherever you are so maybe it works like that.

But this explains the symbol on the chest of the Boston Bruins who won the Stanley Cup last week and brought it back to Boston for the first time since 1972. It is an eight-spoked wheel, known in the study of the I Ching as a bagua. Viewers of “Lost” know it to mark the four corners of the universe or the totality of human consciousness; four, then four again in shadow, and then in the center – the hub – where the “B” is, resides the Creator.

For someone who grew up here it is interesting because the “land of the free,” the Constitution, Jefferson and Adams then were awaiting abstractions. Real life consisted of a fight on the ice between French and Irish working people. It became institutionalized in the game and now the great kids from Dartmouth, UNH and U Vermont who play fight to honor the tradition.

As they should. It is everything. It is freedom, it is being, it is the creation. A fight on ice between Montreal and Boston in Montreal on St. Patrick’s Day,1955, caused a riot with $100,000 damages, 37 injuries and 100 arrests. But it also brought about a new cultural movement and reformulated Quebec to a more Jeffersonian vision of cultural autonomy.

There is a beast in the heart of Canada today and it brings the gift of life. It is the most sacred and vital part of Canada. It comes from Boston and the Bruins flamboyant trickster coach Don Cherry brought it to Canada. Without it, Canada would not gel; it would fall apart. Without the kind of hockey Boston, Montreal, Toronto, Vancouver (and Pittsburg and the Broad Street Bullies) play together, Canada would be Vermont.

So I was not disappointed to see the Vancouver fans riot in the streets after St. Timmie snatched victory from the strange red twins of Vancouver and brought the cup back to Boston. Vancouver is booming; the average price of a house is around 900 thousand. It is called the Paris of the west. The sight of turbans and beards on Sikh members of the RCMP at the anthem indicate a strong, authentic and creative multiculturalism. But it is new to the world and new to North America.