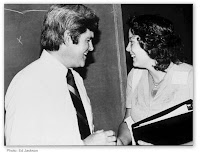 Invasions to nowhere: Gingrich, the sequel, starring himself

The Hill’s observations on the Republican line up reveals inherent weakness in the Republican position going into 2012. It goes from damaged goods (Newt Gingrich) to a “blank slate” (Tim Pawlenty). But time is on their side. One would never guess that the country is actually experiencing a renaissance of creative governance with Bob McDonnell in Virginia, Bobby Jindal in Louisiana, Rick Perry in Texas and even Nikki Haley in South Carolina. Two issues: First, in politics, dinosaurs rule and The Tea Party has been commandeered by the likes of Dick Armey and Newt Gingrich, refried agent provocateurs from the Clinton age (visualize that: before Pokémon, before Kurt Cobain, before Y2K, 9/11 and the 21st century) – it will be nothing but a red neck howl if it continues following that cue and in short order will be “. . . in with the dust and gone with the wind.” The anti-government tenor in Congress today resonates much like the old Gingrich; Gingrich, the sequel, starring himself. At the time it seemed inspired essentially as personal invective against a President who lived below the usual threshold of adulthood. But Gingrich has outdone him. Worth repeating is the Chicago Tribune’s John Kass’s comment on Gingrich: “Is that the Constitution in your pocket or are you just happy to see me?”

The second problem is the MSM embedded in the two-party system; Ford guys or Chevy guys, they are flabbergasted when a new idea occurs. I recall the cry when a Volkswagen first appeared on our streets when my father drove a car which resembled the Batmobile. As in politics so it is in the press; dinosaurs rule – maybe because they all hang together. New ideas require new generations and this will take awhile. We hate new ideas and substitute novelty.

The Tea Party was and is about states finding integrity and self-determination. Its work is that of state governors and state legislatures. A Congressman’s role in it is limited. Tea Party inherently questions the American global military empire. It was a perfect fit for the post-war period of 1947 when much of the world was in ruins or under tyranny regimes. Today it is as anachronistic as the Soviet Union.

Can we afford these invasions to nowhere which land us in Afghanistan today and who knows where tomorrow? North Carolina’s courageous representative Walter B. Jones, who lives where the soldiers live, calls for the defunding of the Afghan adventure at a time when we cannot afford to feed poor children or care for elders. Or when we are firing excellent teachers here in Haverhill, NH, in schools that can’t even meet the fire codes. What’s it going to be, global empire or local schools?

The Tea Party has brought to the Senate two good men; Senator Rand Paul of Kentucky and Senator Mike Lee of Utah. That is enough for now, but it is not enough.
Posted by Bernie Quigley at 5:31 AM