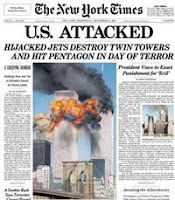 The Hill reports this morning that New Jersey Governor Chris Christie and Sarah Palin are engaged in a feud of “rock star proportions.” This follows the trend of party division which rose to anxiety in the Texas governor’s primary last spring. The traditionalists, including George H.W. Bush, Karl Rove, Dick Cheney, Karen Hughes –as proxy for W. – lined up against Rick Perry. Sarah Palin lined up for Perry all by herself and he won in a landslide. Since, even Barbara Bush, dowager of the Bush souls, has joined the faint-of-heart chorus which cries out for the sending of Palin back to Alaska. But wishing doesn’t make her go. Chris Christie is the East Coast establishment’s new single combat warrior against Palin. But “Guts and Gonads” conservatives are calling for Rudy Giuliani.

“Guts and Gonads” make Rudy the only choice in 2012, writes Joan Swirsky of Right Side News in a commentary which has been reprinted elsewhere.

“If you visit any online or neighborhood bookstore, you will see dozens of books about leadership, all of them—except Rudy Giuliani’s “Leadership” - written by corporate or policy wonks who wrote their treatises based more on high-falutin’ theory than on “real life” experience . . . In fact, Giuliani’s 2005 book is the only book on this subject that doesn’t have a lengthy gobbledygook subtitle, but rather stands on that single word alone to describe what millions of people around the world wanted to know after September 11, 2001: How did he rise to the occasion to lead a city—indeed a world—out of the deep despair and paralyzing fear that gripped every sentient person after the worst attack in history on the American homeland?”

She may have something there. Another word comes to mind: Spine.

If the race to 2012 looks like it hasn’t started yet although Mitt Romney is shaking hands up here in New Hampshire and Tim Pawlenty is quoting the Bible in Utah, it is because it hasn’t. There is an elephant in the room and that elephant is the tenth anniversary of 9/11. The 2012 race will start there. We have, with Obama, put it aside and hoped it will go away, but it will not. We hope to do so again it is my impression with that jolly Kris Kringle of conservatism, Chris Christie. But it will not go away. The density, the immensity of the tragedy will ring for a thousand years, especially the events in New York City. They try to keep the pictures out of our consciousness, but whenever the Twin Towers pop up in an old film, it comes back – it sends a chill.

Patterns of history run like this: After the Second World War the world wished for peace, but Eisenhower was brought back. In England, Churchill was rejected for socialist Clement Attlee – and President Obama sending the Churchill bust back to England suggests the same temperament – but Churchill was brought back. We are today in the same valley. Christie’s comments on the 9th anniversary of 9/11, like Obama’s, were puerile and forgiving (Palin’s were not). But as it is our nature to recall these things and it must be, it is Rudy, who instinctively rushed to his front like a soldier on 9/11. He still lives there like that in our hearts with the fire fighters who rushed up the stairwells of the Twin Towers to certain death without hesitation.

It will never go away. And we will come out again in September.
Posted by Bernie Quigley at 5:16 AM