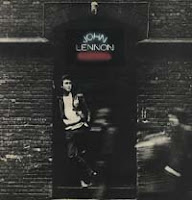 John Lennon was gunned down and killed 28 years ago next Monday in New York City. This event goes largely unnoticed in the press today, but in 1969, at the peak of the war in Vietnam, John Lennon was the most important man in the world.

The high point of his art and work was several years before when he used the expression "I am he," at the beginning of one of his most important and entertaining songs at the height of the hippie days. Lennon was, in his time, a generational shaman. He awakened his own generation between childhood and adulthood. But today he resonates in the world as a pure force all of his own.

Had there been no John Lennon then there would perhaps be no Dalai Lama here today in the West, for in his journey to the East in his life and work he took half the world with him and that journey took the chill and fright and mystery and fear out of the things of the East. Possibly there would not have come that later pre-Calvin earth shaman, Harry Potter. Possibly there would be no Edward and Carlisle Cullen and Bella Swan.

"I am he," is an expression widely understood in the East – it is in a sense the essence of the East. The classic explanation in the Hindu is that a person alone in the world at some point finds an enlightenment within herself or himself; a celestial inner god, the Atman. And if that person continues on the path, which in the East would be considered the Path of God, then at the top of the mountain she or he might find wholeness with all the others and wholeness with the universe.

For the first the journeyer could think and say, "I am the Atman." Then at the peak s/he would say, "I am the Brahman." Lennon played on these phrases in classical Liverpool humor. He followed the Hindu phrase I am he (he was no longer who he was when he started, but he had become something else which was within him and the others and everyone, everything, everywhere . . .) not with "I am the Atman, I am the Brahman," but instead with: I am the Eggman, I am the Walrus.

Listening to Senators, Governors, Presidents, Attorneys General and outright louts and war criminals these past few years talk about their religious "convictions" – these women and men of faith and the religious burghers who joyfully in the name of the Prince of Peace endorsed torture, "50 more years of war," and barbaric practices unheard of among the English-speaking people since the 12th century, I began to think of how entirely screwed I would feel today if I was a young man, just beginning on life's journey. And what a joy and a pleasure it was to hear instead these charmed and encouraging words by John Lennon, when I was a young man, even hearing them for the first time in a war zone in South East Asia.

John’s swan song, Imagine, reflects timeless Buddhist sentiment like that presented in What the Buddha Taught by Walpola Rahula, which had gained popularity in the Sixties. It is likely an intentional reconstruction of Tolstoyan philosophy which was deeply influenced by Buddhism and Taoism. From what I have been told, it was something Lennon was familiar with.

Imagine also bears a relationship to The Gospel of Thomas, which he quoted from in the earlier music ("When the inside is out . . . the outside is in . . ."). Elaine Pagel's book Beyond Belief: The Secret Gospel of Thomas, states that in Thomas’s account, Jesus challenges those who mistake the kingdom of God for an otherworldly place or a future event: Jesus said, "If those who lead you say to you, Look, the kingdom is in the sky,’ then the birds of the sky will get there before you . . ." In a word, Imagine there’s no heaven.

William Butler Yeats writes: "What portion in the world can the artist have/Who has awakened from the common dream/But dissipation and despair?" Such was the lot of John Lennon.

Late in life, broken and in pain, he sang, "I was the Walrus, but now I’m John."

One of his biographers writes that he was never happy again after the Sgt. Peppers period. The pictures show it. He never smiled again for the cameras after he returned from India.
Posted by Bernie Quigley at 5:05 AM

hi bernie, thanks for the knowledge.

i was born in the spring after john's death. somehow i've known the melodies to "instant karma" and "imagine" as long as i can remember. growing into my 20's, the beatles were an important inspiration to me. i've always felt a very powerful energy in the four of them as people, not just
beatles. they even brought me back from a bad trip once. your explanation of john's lyrics is profound to me. i've always felt a truthful energy from eastern religion/philosophy, though i haven't studied any of it in detail. interesting that john's message can equate to it.

my ancestors help to found the new haven colony suburb of milford. 200years later they made their way to the ohio river valley, and then just west of the mississippi, into jackson county, iowa, named after the president. i was born in that same county 130 years later. now i am a political science student at the U of Alaska-Anchorage. 370 years of Clark's moving west. one grandfather died at ticonderoga during the revolution, another marched in the infirmary for sherman toward the end of the war.

i want to tell you that palin's
icon represents the traditional american frontier spirit. one of the few remaining enclaves of that spirit is alive and well here in AK. unfortunately the push for equality, and influx of lower
48ers(like me-ha), is dampening that spirit a little more each year. palin represents that spirit, though her governing track record might not reflect it. i think you are right-on in defining her icon/symbol in the american pysche. i also think she represents an alternate form of feminism that some feel is "backward".

thanks bernie, i'm out here embracing it all too.

Thanks Justin - deeply appreciated. My first essay on Palin for "The Hill" was about the Emersonian spirit heading west into the new frontier - as always, frontier is an adventure of the heart and mind.