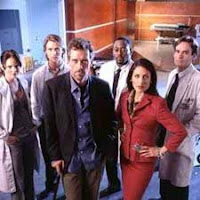 Frost’s Woods on a Snowy Evening: Will House and Cutty hook up?

It can’t be the most auspicious of Solstice turnings when in the prequel of the President Elect his friends are already starting to go to jail. And this Pre-President already compared before the start to Kennedy, Roosevelt, Lincoln and Jesus. But on this very beautiful and cold night in the White Mountains I am glad of one thing. Although a fine wordsman, he is not being compared to Robert Frost.

I’ve always had problems with Frost, especially because his house is near my house. Because of that “ . . . darkest winter of the year,” thing, often illustrated on tourist novelties up here by an old Yankee riding along on a horse and sleigh through a heavy snow, with bells silenced at the edge of the forest, so as not to alert the packs of dogs, wolves and coyotes who start to get hungry starting now.

That could stress you out enough to write a poem.

Frost might have had the experience we had recently when a pack of coyotes in the last moon cycle surrounded our house in the night and sang in a chorus for a week. We, the people in the house, were delighted but our big dog was so stressed out that the fur fell off his ears and our little dog, who suggests food anyway, refused to poop outside for a week and had to be retrained.

But what else is disturbing about Frost, not counting the thing at the Kennedy inauguration where the lectern he was reading at caught on fire – that should tell you something right there – is that it is not that dark on Winter Solstice which is when you think about that poem.

Tonight on the full moon with five inches of new snow and a crystal clear cold it is so bright that you cast a shadow at midnight. It’s beautiful. Like a very bright blue-tinted black and white photograph. It is the brightest night even of the year actually, because the moon is closest to the earth. The darkest evening of the year would be around July. I guess.

I know, because I heard it on The Sopranos in an episode about the daughter in college what Frost is really talking about with the woods: Death. He saw Death in the woods.

That’s where I have trouble. Especially when I drive by the Frost house. Because if you go to his house and stand at the edge of the woods, you wouldn’t see Death. You would see Bode Miller.

Bode Miller lives practically across the street from the Frost house.

In case you don’t know, Miller is a skier and lives on the side of a mountain in a house his father built in the hippie days. It is missing a few things that Frost had like a toilet and electricity but it has a distinct charm all its own.

But Miller is more than just a skier. He is the fastest man alive and so fiercely individualistic that he always has issues with team leadership. If fact, you could say that he has plenty of issues with authority. In fact, he is kind of wild and crazy; kind of a Dukes of Hazard here in the White Mountains. In fact, here in these parts he might be considered the spirit of the mountain itself; the spirit of a clear and cold night like this – the light in the woods, maybe, that turns on at Solstice, known in the mythology of the tradition as the Deathless Child, the Earth Mother’s Sun King, born annually on Winter Solstice.

And that’s why I get disturbed by Frost’s poem. Because when I look at the forest from Frost’s house I don’t see Death. I see light in the forest. I see Bode Miller.

I used to read Frost’s poems and Remembrance of Things Past and Lermontov’s What Is To Be Done to understand the deep things in life and to find the answers to the big questions, but gave that up long ago.

The rabbis tell us that the gods hide in plain sight and in low places. The answers to the big questions are always right before your eyes.

Right now I’d say the biggest question is not about Iraq, Afghanistan, Obama or Bush; the question is not will Al Gore save the world or will Obama save Detroit. This big question is this: Will House and Cutty hook up?

This question has plagued our culture for years now like a cat mournfully dragging a sock through an old house in the night. Our fate rests on it.

In case you don’t know, Dr. House is the protagonist in the clever TV show House and Dr. Cutty is his boss.

House sees through the eyes of Sherlock, the detective, to solve problems which no one else can find the solution to, always confounding and amazing his sedentary Watson, Dr. Wilson. Like Sherlock, he is a drug addict and like Sherlock, he is a singular genius. But TV always tells the truth, as the rabbis say, and this is a tale told well of the American condition in our times and it is a tale of democracy and competence.

You could say that House presents the flip side of the American ideal and its vision of all of us created equal, an ideal which contains its own vanity and self inflation. All are equal on House, but all are idiots.

Actually, there are several levels of idiot which might be considered class distinctions. There is the world at large – the horde – which comes in daily to the clinic. These are the ground feeders. Then there is a higher degree of idiot; the doctors and the somnambulant professional class like, well, like auto executives and senators. Left in their hands, the patient always dies; sometimes a horrid death – occasionally the patient explodes.

The only people who are really alive on this show; that is, like Bode Miller is alive, are House and Cutty.

But House is a cripple. He is universally despised for his professional excellent and intuition by the professional class. He has been fired from every hospital he has worked at. Only Cutty can see that he is the genius at the center of the world – last season he actually traveled to the Land of the Dead to solve a case – and that he is the Single Combat Warrior at the center of things on whose instincts the world virtually depends for survival.

But he barely survives himself in a world which worships the generic and the midlin. He walks with a cane. But it is really a sword cane. He is the last of the surviving Templars, here to discriminate truth from illusion to find the cause of sickness.

Cutty is played by Lisa Edelstein, one of the most beautiful women on earth. This is relevant to the story not only because House thinks she is hot and is always distracted by her, but because she is beautiful beyond hot. She is beautiful as Rebecca, the rabbi’s daughter and the spirit of the earth itself is beautiful. Rebecca, like Cutty, is a healer who restores Ivanhoe to live and you get that in the telling.

Like when House last year traveled in the Land of the Dead himself to find the cause of a friend’s death, she would sleep by his hospital bead and hold his hand. House is the warrior who lives in the world to make the world; whose task is to make the world on our behalf. Cutty alone comes from the earth and holds him to the world. Without Cutty we are all dead. Or maybe instead, like the patients who come to the clinic, we are not really alive.

Will Cutty and House hook up? I think they must. This is the story of Ivanhoe and Rebecca, a mythic creation myth of the west. It is Logos and Eros; the marriage of the Earth Mother and her agent in the external world.

We read today that five million Mexicans have traveled together in devotion to the Divine Mother – motivated to do so by “troubled times” we are told by Washington Post, conscientiously echoing the Obama misunderstand of why people pray and why they hunt – and the ashram business in Woodstock is booming as well. Maybe we are finding Rebecca again.

With House and Cutty we begin again. And this time around we begin the millennium.