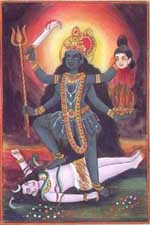 Excellent post – hold that thought. I understand what you say with your friends can’t believe you are voting for a military figure; but it is a problem of perception and illusion. Buddhism separates samsara (outer world) from nirvana (inner world); as the Christ put it, the two are coins of different realms. Politics is Outer World and require an outer world figure. Dems since the Sixties (Gene McCarthy) got the mistaken idea that an Inner World figure – a poet, a shaman, a “rock star”, Alice Waters – would make a good President, making Yang more Yin. The idea that an Inner World figure would cure the Outer World is inherently mistaken and turns both to mud; Yin and Yang live on different sides of the river. If you have neither solid Outer World figures (as Eisenhower and JFK were strong Outer World figures) nor solid Inner World figures (as the Dalai Lama is a strong Inner World figure today); you have not jack. It also brings in denial and escapism; we Dems like to lose – it makes us feel victimized and aloof and it relieves us from public responsibility (dharma; and it allows the Republicans to go to extremes without real competition as they are doing today). There is a psychological expression for the condition which results when you ask a spirit figure to do the work of a material figure. It is “anima polluted.” There is a much better street expression for this (anima pollution is the work of Kali, the Dark Mother who Sends Back Time; did somebody say pussy whipped?). - Quigley
Posted by Bernie Quigley at 5:58 AM

Hi, i was looking over your blog and didn't
quite find what I was looking for. I'm looking for
different ways to earn money... I did find this though...
a place where you can make some nice extra cash blogging.
I made over $900 last month having fun!
make extra money now

Viagra is used in the treatment of Erectile Dysfunction (impotence), but it is not a cure. Impotence can be caused by a number of factors, either physical or psychological. Viagra can help maintain an erection but it will not stimulate arousal.

Propecia is a wonderful medicine for men suffering hair loss and who are at risk of getting completely or partially bold. Propecia can also help you at the beginning stages of some prostatic problems.

Generic Cialis is an oral drug, used for treating male impotence, also known as erectile men's erectile dysfunction. Generic Levitra helps increase blood flow to the penis and may help men with ED get and keep an erection satisfactory for sexual activity. Generic Viagra is the medicine that is recommended by doctors worldwide for erectile dysfunction. It is the chemical composition of both forms of this drug and helps to cause erection on stimulation of the penis by inhibiting the enzyme phosphodiesterase type 5 which causes smooth muscle relaxation and a better erection.

Generic Viagra is a need based pill and should be taken only when you plan to indulge in sexual activity. Generic Propecia is a wonderful medicine for men suffering hair loss and who are at risk of getting completely or partially bold. Propecia can also help you at the beginning stages of some prostatic problems. Viagra improves erections for most men no matter how long they have had erectile dysfunction, taken approximately 30 minutes before your plan of sexual activity and works on stimulation for around 4 hours.