Jim Webb: A Time for Soldiers 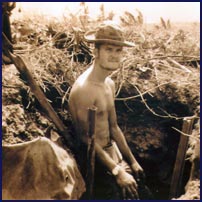 It is best to visit Guinea Station when the petals are falling. The dogwoods and red buds float like clouds on the edge of the woods and carry on light and dark in a dance of new joy that betrays the burden of millennia passing underfoot. The small white clapboard house is a graceful and haunted place with a Sunday morning quiet. The room where Stonewall Jackson died is kept intact and exactly as it was at the moment of his death. Not a book has been misplaced or a bed spread moved in the eternal twilight and quiet since the mythical Southern General’s passing.

The buildup to the Civil War has parallels with the current quagmire. Yankee populist writers, like Frederick Law Olmstead, had traveled through the Southern states and returned north to report that invasion would be a cakewalk. Nothing but “white trash” in those Appalachian hollows; hillbillies, starving subsistence farmers and hunters, drunk and insolent, who had lost the will to work under the decadent slave system of the plantation holders. It would be over in months with few Northern casualties.

But with Stonewall on horseback, the unimaginable seemed possible. Olmstead’s pre-war reconnaissance, like Donald Rumsfeld’s and Condi Rice’s in our day, had proved to be pernicious. Two years after the onset of hostilities, the Confederates were camped in and facing , D.C. But then events turned. When Stonewall died, knocked off his horse by friendly fire at the Battle of Chancellorsville, the lamp flickered and Confederate hopes would soon dim. Shortly after, at Cemetery Ridge, the would hold fast and begin to fight in earnest. Then early in 1864, Ulysses S. Grant would move his camp to and take charge of the Union army. From that point on, there would be no stopping the carnage until .

Some historians say the modern world began at and Cemetery Ridge. It set the pattern for modern warfare; tens of thousands, 40,000, killed in an afternoon. Then millions would fall in just a few seconds as the petals fell: Bull Run, Antietam, , , Stalingrad, , Khe Sanh. But the age really began in the modest white clapboard farm house in the still and quiet place in the gentle hills on the day in May when Stonewall Jackson died.

, more than most states, remembers its war dead. Perhaps Virginians, like Jim Webb, are born fighting.

Webb, who is running against George Allen for Senate, if he wins his primary election, has had a fascinating, productive and multifaceted life. He served with the Fifth Marine Regiment in , where he was awarded the Navy Cross, the Silver Star Medal, two Bronze Star Medals, and two Purple Hearts. He has written six best-selling novels including Fields of Fire, considered by many to be the classic novel of the Vietnam War. He taught literature at the Naval Academy as their first visiting writer, has traveled worldwide as a journalist, and his PBS coverage of the U.S. Marines in Beirut earned him an Emmy Award. His original story, Rules of Engagement, was released in April 2000 and starred Tommy Lee Jones and Samuel L. Jackson. In 1987 he became the first graduate in history to serve in the military and later be appointed Secretary of the Navy. He resigned as Naval Secretary in 1988 after refusing to agree to a reduction of the Navy's force structure during congressionally-mandated budget cutting.

What I like about him is that his American journey is in one important way the characteristic American journey. When institutions he was born into or became part of would take a wrong turn as all public institutions invariably do, he would leave without hesitation and beat his own path. Eventually the vast majority would abandon the institution as well and follow his path. Like 80% of the voters in my old precinct in the hills of , he was a Southerner who was born Democrat and switched parties as the country was ramping up to the Reagan period. George Will says in a column about Webb in Sunday’s Washington Post, Webb “ says he was ‘pretty much’ a Democrat until President Jimmy Carter ‘pardoned the draft evaders.’” As we approached the day when 49 states would vote for a Republican president, Ronald Reagan, Webb and the vast majority of Americans were again on the same path. He told Will, "I wouldn't shake John Kerry's hand for 20 years" because of Kerry's anti-Vietnam activities, but “I voted for him in 2004.”

From his political writings, it seems clear that the Dungeon & Dragons Warriors of the White House Cabal which engineered this misbegotten vision of hubris and fantasy play in , is what led him back to the Democratic Party. Which was a kind of homecoming. On Sept. 4, 2002, he wrote in an article called “Heading for Trouble” in the Washington Post: “American military leaders have been trying to bring a wider focus to the band of neoconservatives that began beating the war drums on before the dust had even settled on the . Despite the efforts of the neocons to shut them up or to dismiss them as unqualified, these leaders, both active-duty and retired, have been nearly unanimous in their concerns. Is there an absolutely vital national interest that should lead us from containment to unilateral war and a long-term occupation of ? And would such a war and its aftermath actually increase our ability to win the war against international terrorism?”

Common sense then and now. But now it is too late.

Recently, John Kerry, another with hindsight from , announced that voting for the war on was his great mistake. Had he and his Senate colleagues who voted overwhelmingly for the invasion paused in their fever to listen to Webb, there might have been a different outcome: “Other than the flippant criticisms of our ‘failure’ to take during the Persian Gulf War, one sees little discussion of an occupation of ,” he wrote in 2002. “But it is the key element of the current debate. The issue before us is not simply whether the should end the regime of Saddam Hussein, but whether we as a nation are prepared to physically occupy territory in the for the next 30 to 50 years. Those who are pushing for a unilateral war in know full well that there is no exit strategy if we invade and stay.”

Webb’s comments parallel those of Wesley Clark, alone among the Democrats to make these same points in the recent Presidential election. Few listened then when 75% of Americans took a wrong turn and backed the invasion to oust Saddam Hussein, but people are listening now. And Webb and his fellow Fighting Dems are bringing these issues to mainstream in 2006 in important elections in , , , , and throughout the country. They bring a sea change to American politics and it should be a wake up call to the Democrats.

Most of us here in and the Northeast tend to forget our war dead and overlook our soldiers. A tour of an undergraduate college today in the northeast would show far greater interest in Bart Simpson than Stonewall Jackson, Joshua Chamberlain or Robert Gould Shaw, who’s monument is passed unnoticed on the Boston Common. It has given us issues of authenticity and when someone like Kerry postures as a warrior, it strikes a cord of disbelief. Jim Webb, like fellow Fighting Dems Andrew Horne in and Tammy Duckworth in and Eric Massa in are soldiers who bring a sobering sensibility to the Democratic Party. As Webb’s 2002 Washington Post essay and his many other writings bring out, his is a character-based sensibility, honed in duty, sacrifice and civic responsibility.

These people have always been here. It is the Democrats who have turned away, lost in post-9/11 denial and a reverie of generational delirium, waiting for the Sixties to come back. (News flash: ABC has just cancelled its primetime show Commander in Chief, in which Geena Davis plays President Hillary. Democratic Party rank and file and its vast and pervasive auxiliary press take notice.) The Fighting Dems, with Jim Webb as Pathfinder and Gatekeeper, awaken a new political front. Once again, others will follow their lead.

Today we are beginning to listen to soldiers. Six Generals have spoken out in opposition to the conduct of warfare under the leadership of Secretary Rumsfeld. Last week we heard from Colonel Lawrence Wilkerson, Colin Powell’s chief of staff, speaking out to oppose the of the neocons who have commandeered the sane sensibilities of honest Americans. This week we have heard from General Powell, probably the world’s most respected American. We will hear more.

There is a time for Bart Simpson and a time for Joshua Chamberlain, the soldier who held fast at Cemetery Ridge. We enter again the time of the soldier. Jim Webb leads the way. Like his son, a Marine who will likely ship to , he is a man who enters first into responsibility, without hesitation, and is first across the line to accept his share of whatever pain it will take to return to the peace, and willing to accept as well his share in its grace.

Marvelously written and so true. Webb is the template for the resurgence of the "real Democratic Party", not the whining and carping of the elite, but "the party of the common man".

Marvelously written and so true. Webb is the template for the resurgence of the "real Democratic Party", not the whining and carping of the elite, but "the party of the common man".