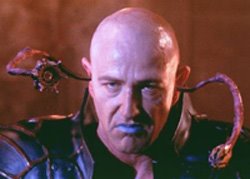 Awhile back David Brooks at The New York Times waxed reminiscent about the old days before 9/11 when he worked at The Weekly Standard and they all sat around trying to decide which country they would invade first when their big moment arrived. What would it be? ? ? ?

I found this to be troubling. Isn’t it against the law to sit around and plan to invade foreign countries? Probably not, just somewhat disturbed. But it is the beginning of the kind of thing which often ends in national televised hearings or war crimes trials. I just couldn’t imagine normal people doing such a thing unless they were assigned the responsibility to do so.

Here’s why. I have four kids. With four kids you spend a lot of time over the years at the mall in kid stores, and as they get a little older and particularly if they are boys, as three of mine are, you spend time at the arcade playing Space Invaders and in those most arcane and darkest of childhood places, game stores. The places where they sell playing cards and role-playing games.

There is a whole new and fascinating world out there in the last 20 years with games like Yu-Gi-Oh, Pokemon and Shaman King. Most are oriented toward complex conflict and resolution. My favorite is Magic: The Gathering. It is all Wizards and Warlocks kind of stuff, some of it very fierce and some quite creative.

But in each one of these stores – and they are all across the country – there is a table in the corner where it all goes too far. They dress darkly there like fledgling Draculas, and give themselves make believe warrior names like Githyanki and Grimlock. They have forked hair, sometimes blue. They have chipped black fingernail polish and short stubby nails. They have bad complexions because they eat compulsively. They are fat. They are Goth. They design their own costumes. They are unattractive. They are Dweebs. My kids call them Emos. It is a group of youngish teens who likely never had a date and probably never will. It is the Dungeons & Dragons crowd which got trapped in the inner vortex of adolescent imagination and can’t get out. And they have come to see themselves as Warlocks and Wizards instead of what they are.

But these kids will never really go to war. They will never grow up. They have a blockage. The thing they fear has already overwhelmed them.

That’s how I pictured the neocons who sat around and planned – conceptually, of course – mass murder on the grandest scale, as if it was an adolescent role-playing game.

Have you seen these guys on TV? Perle, Kristol, Krauthammer, Brooks, the whole crowd. You can’t miss them. I have never understood how they could command the public air waves all the time at least for the last ten years, and be on shows that should know better like Jim Lehrer’s The News Hour, but I stopped watching. And they were constantly there in tuxedos receiving awards and honorariums of one kind or another on C-Span shows at award-giving events hosted by some well-funded lobby group or another in the late ‘90s.

But dude, would you want one of these dinks in your fox hole? Dweebs all and Bush too. You know without asking, they have never fired a shot in anger and never will. Like the misbegotten Dungeons & Dragons crowd they only dream of warfare. They dream of being men.

There is a psychological name for this but I can’t remember what it is. I think it has to do with Introverts wanting to be Extroverts. That is, they are people who would make good or great psychiatrists, poets, artists or monks, but are afraid they’d look like Howie Mandel with a rubber surgery glove inflated over his head. (I watch him every night. I love that guy & his neat TV show, Deal or No Deal, helps return us from the dark pathological waters the neocons have led us to back to our own giddy and unpretentious American selves. He doesn’t wear that glove thing over his head anymore but I wish he’d do it one more time.)

Introvert and Extrovert is, if I remember correctly, derived from Eastern thinking which calls it ascending and returning force or weak force and strong force. We each have a weak force and a strong force. You know this yourself. If you are good at doing one set of things – a good quarterback, for example, you will probably not be a good monk or psychiatrist. And visa versa. We are psychologically conditioned thus and if you tried, you would come up with poor results. Like the wise Rabbi Loeb who tried to conjure a protector and came up instead with a Golem. The results are always caricatured; weak and artificial imitations of authenticity. The distinction is blaring, as it is when Richard Perle calls on the phrase “Why We Fight” – the title of Frank Capra’s great WW II movie produced for George Marshall’s war department to explain ’s war on - for his own insidious pretensions to empire. It is perhaps the tragedy in our world that we don’t really value monks and art as much as we do quarterbacks, so maybe everybody wants to be the quarterback. Maybe that’s what causes the Dweeb Syndrome.

Those guys should talk to Dr. Krauthammer about this. As I vaguely recall, he started out as a psychiatrist, then just kind of drifted over to Warlock. I was suspicious about him from the first. 20-some years ago I enjoyed his columns as the Reagan era was rising and a fresh breeze blew across . But I couldn’t understand why he made disparaging remarks about . How could anyone not like ? I live near . Canadians are noble. Canadians are temperate. Canadians are the most genuine English & French speaking people on earth. I guess he had different experience. But then The Boston Globe, like many big-city papers but not that big, has a guy who wants to be Charles Krauthammer when he grows up. He hates too. I can’t imagine anyone but Dweebs, like the despicable and lowly creeps who write , wanting to injure .

In the last two weeks six Generals have spoken out in opposition to policy in and called for the removal of Donald Rumsfeld. Col. Lawrence Wilkerson, Colin Powell’s chief of staff, General Wesley Clark and a rash of Fighting Dems running for political office have also spoken out and so now are some younger officers, combat veterans all, beginning to speak out. These are men of war who go there naturally, confidently and without inhibition. They do not speak in the rhetoric of dress up, like Richard Perle and Charles Krauthammer, nor do they look like their mother dressed them up as Rambo for a masquerade at the Heritage Foundation when they put on the uniform of their country.

“From the Kyoto accords to the International Criminal Court, from torture and cruel and unusual treatment of prisoners to rendition of innocent civilians, from illegal domestic surveillance to lies about leaking, from energy ineptitude to denial of global warming, from cherry-picking intelligence to appointing a martinet and a tyrant to run the Defense Department, the Bush administration, in the name of fighting terrorism, has put America on the radical path to ruin,” Col. Wilkerson wrote yesterday in an brilliant and powerful essay in the Baltimore Sun.

And furthermore: “ . . . it was Mr. Perle and people such as he who put us where we are today, not the terrorists of 9/11. A somnolent Congress assisted - a Congress that, as Democratic Sen. Robert C. Byrd of West Virginia said as the Senate failed to debate in the run-up to the Iraq war, was ‘ominously, ominously, dreadfully silent.’"

I have been watching the faces of the six Generals to see what I could find there. They look to be happy, ordinary, rational and dispassionate men. Men like my father. These are the men that the neocons wanted to be.

Tammy Duckworth, who had both her legs shot off in a Blackhawk helicopter in , recently won an important primary. Major Duckworth as well looks happy, peaceful, gentle and strong, with the gift of joy in her eyes. I hope she wins her election in November. Her rise to courage could bring us with her. I look at these faces and I cannot picture any of these people dreaming the horrors of warfare or huddling secretively in the corner and conjuring madness like the Dungeon and Dragon warriors.
Posted by Bernie Quigley at 11:09 AM

This is an excellent blog. Keep it going.You are providing
a great resource on the Internet here!
If you have a moment, please take a look at my valley of the dolls author site.
Have a great week!