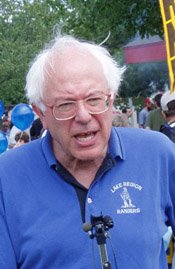 As American military bases begin to grow in and lets recall the words of ’s greatest ambassador, George Kennan, that this policy initiative was “a mistake of historic proportion” (while Madeline Albright danced with a flower in her mouth). Worth recalling that no one pushed this policy more vigorously than Al Gore as Vice President. One can begin to see just why and go after their near frontiers. The wall had barely fallen when 90 senators rushed to send American bases to the . This week the hysterical chorus of the daily press loves Al Gore again because of his environment views; this the same Al Gore who after writing Earth in the Balance signed papers to build a million or so Buicks in China. (Where is what we gentile used to call in the Good Jew? He of the remarkable crowd at DuBrow’s cafeteria on 40 speaking Russian, Yiddish, English, Hebrew, German, all in a sentence at breakfast? Men of sense and sensibility and passion and vast experience. He would always come to save us. Where is a great man of sense and character like Ed Koch who as mayor of New York came back from China with visions of bike riders in New York City, in the days when New York City people including myself felt themselves a tribe apart and formidable and would never dream of electing for their Senator an outsider - a Midwestern generational cult figure to vote in Senate as one of their own.) I would like to echo Kennan’s sentiments as he is not here to do so; John Kenneth Galbraith agreed and so did every great mind at a time of petty governance. And then we had allies and friends in the world & influence. Now we do not. Now we do not even have an army to face down the . In this design there are nuclear policies. At the time the 90 Senators voted, only Jesse Helms raised the voice of concern. America was on the rise with Rottweilers in the back yard, Glock 9s under the driver’s seat and a millennialist vision of the Dow at 35k, Starbucks in Red Square & Jesus too . . . do they love Al Gore because they are all 55 to 60 years old and can think of nothing new; can tolerate nothing new and so recall all things past which will come again if only in their dreams? This is the Viagra syndrome; spiraling downward in panic - in youth afraid of the old; in old age afraid of the young. Where is the Good Jew? He always comes and saves us. Where is Bernie Sanders? Where is Bernie?

Posted by Bernie Quigley at 5:46 PM

Very pretty design! Keep up the good work. Thanks.
»