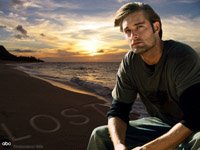 I love those pictures of the Red Planet and the perky little Land Rover and Pathfinder scurrying around on Mars, but in truth, I’ll change the channel for a hockey game or even a program on the soy bean crop on the agricultural channel. Space exploration seems like a great idea, but one which only flits through my mind on occasion, and those occasions occur less and less frequently. In fact, for all the Space Age hype we have experienced since I was a kid, I find it remarkable how few of the brave space pioneers ring in my collection of things of where I was when the great things happened in the world.

When the Apollo astronauts went to space all my little nephews wanted to be astronauts and President Nixon said it was the greatest event in the history of the world. But then the other day when I was doing some research on the Apollo astronauts, I found the only name I could remember off the top of my head for the first flight to the moon was Neil Armstrong, and I had to look up the other two, Michael Collins and Edwin Aldrin. Captain Kirk, Lieutenant Ripley, Luke Skywalker and Seven-of-Nine come more readily to mind. Which was a little puzzling, as when my kids were born we happened to be living in , and probably spent more time at the Air and than anyplace else.

I think it is safe to say that the Air and today is still one of the great attractions in . Every time I pass it by there are half a dozen buses and long lines. Surely, like the Vietnam Memorial, it is and should be a central attraction for school kids across the country on visits to the nation’s capitol.

But hey, the Air and opened in 1976. Wasn’t that a little early for a museum? After all, museums tend to be mausoleums, featuring artifacts from cultures long dead and buried and cultural movements which have fully passed; things like Egyptian mummies, Tasmanian shamanism and Impressionist painting. They create the impression that the subject matter which they present has finished its active life.

Perhaps this has as well. I know that today it would seem radically provincial to suggest that we are an earth-based species and that our destiny now and ever more will be on this planet. But we hear again today that we are entering a new space age.

“This is a period of transformation,” Rep. Ken Calvert (R-Calif.), chairman of the House Science subcommittee on space and aeronautics told The Washington Post. “We are at the dawn of a new space age, and we have to do it right.”

President Bush has boldly endorsed the new challenge with his Vision for Space Exploration.

Frankly, I see the blind faith and the wild and childlike exuberance of John F. Kenendy, and the fresh innocence of a new post-war , more conductive to this kind of high flying which first lifted our rockets off the ground, on to the moon and off across the Universe. I’m not one of the people who hate George Bush, but I honestly don’t see him as the kind of guy to do this sort of thing with much enthusiasm. He’s too much a homebody. If he were my neighbor I guess I wouldn’t consult him about the benefits of going to space. Maybe something about organizing a local church benefit or preferences for patio grills, but not space flight.

Recently, there has been public discussion about Introverts and Extroverts and how they form different phases of history. This idea came originally from depth psychologist C.J. Jung and is enourmously complicated. The great historian Arnold Toynbee redesigned his life's work when he first read Jung and a similar visionary popular a hundred years ago, Oswald Spengler. All three today have been all but forgotten - their ideas are brilliant, but too difficult to translate into the everyday perception as they are usuually counter-intuitive. Poets and monks are often Introverts, for example, but industrial studies show that so are most good cops. Bush is not an Extrovert as one of the articles suggested. Bush is an Introvert. Introverts feel uncomfortable in the world. They cause trouble with their neighbors. They want to retreat from the world and propose things like the Star Wars Missile Defense Initiative, which is a kind of turtle shell which American hopes to retreat behind. (The modern-day version of ’s Great Wall to keep out the Foreign Devils.)

This is not a criticism of the President. I am in Introvert myself and am like him in many ways. Introverts don’t want to go into space, like JFK did, they are already having fun here. They want to have a cook out with a few very old and select friends and watch the Super Bowl.

Globalisation was the work of Extroverts. But Bush has left Globalism behind and returned us to the old school approach of Nation States, each in opposition to the other, vying for power and trying to build teams. He has left the world behind as it was built in the post-war period by Dwight Eisenhower, George Kennan and George Marshall and it probably cannot be rebuilt. He has turned the United States inward. This is not criticism either. We were going there anyway. In this, perhaps he is right for the times. But you can’t turn inward and explore space at the same time.

My family and I have recently been watching the excellent British drama of Sir Earnest Shackleton. Like another excellent Masterpiece Theater presentation from long ago on Robert Falcon Scott, there is a spooky element to these stories which heightens the drama. It is the feeling that these are the last days of the great Victorian explorers and even if these great explorers succeed in their tasks, as Shackleton and his heroic men did, they are doomed to failure by history. Shackleton started his journey to “conquer’ the South Pole on the very eve of the First World War. was long dead. The Empire was over. It was well over 100 years since Lord Nelson brought to world ascendancy, insinuating her intentions and leaving her mark on every tribe and distant island and tropical shoal and jungle. Scott and Shackleton were the last to go and they went to the least desirable places; the only places left to explore – the last places on earth. At WW I’s end a new England would emerge, and one which would rely for survival on its larger cousin across the ocean. The title of Robert Graves’s great memoir of World War I and the end of empire, Good Bye to All That, would tell the full story.

Congress fears that the Bush Presidency is not really behind space exploration. The Post reports that the question now being asked on Capitol Hill is whether Bush will ask for enough money to keep the “vision” on track when the administration brings out it 2007 budget on February 6, or whether he will shortchange the shuttle program or cripple the new exploration initiatives or both.

I think they are justified in their fears. If we were really interested in space exploration and were really on the verge of a new space age as Calvert says, there would be wellspring of pop culture shows on TV like The Jetsons and Star Trek as there were when enthusiasm for such ventures was high. But both Star Trek and Star Wars have virtually ended their long, epic runs this past year. What we are seeing instead in popular fiction is a return to earth. I think Lost in Space was most interesting and most suggestive of the old shows, coming onto the airwaves when we first entered space in the 60s and 70s. Now we have an excellent show about people wandering around on a desert island and not knowing what they are doing there. They are not lost in space, they are just Lost.

In the mid-1970s when we first found our way into space, film critic Stanley Kauffman called one movie an epiphany, “an event in the history of faith.” The movie was Stephen Spielberg’s Close Encounters of the Third Kind. Close Encounters was a distinctly different kind of Sch-fi movie than those of the 1950s, the old War of the Worlds, in particular, in which great “eyes” suddenly appeared in the cities and blasted them to bits. With Spielberg’s movie, followed by E.T., we came to love the little critters from space and not fear them and blast them away. This would bring a thirty-year space ride with Captain Kirk pushing forward where no man had gone before, and Qui-Gon Jinn explicating the most ancient of Taoist texts to young aspiring Jedi Masters.

But if pop culture is any guide, I’m afraid the space age is past. Jedi Masters are yielding to Knights Templar. Tolkien’s Rings series of movies at the turn of the millenium enters a psychological state preceding the medieval period, State of Heaven brings us Christian on Islam warfare in the 12t century and the best seller The DaVinci Code, contains riddles of a far earlier day. Harry Potter, the Deathless Child of earliest Old England folklore, returns us to whence we came. Here at the beginning of the new millennium we have returned to earth. And pop culture today is also filled with "fear of earth" movies like Cave, and Reign of Fire, just as the rise to the sky fifty years ago was filled with space terror, anxiety and UFO nightmares.

Lost is the most interesting in this regard. The title of the show speaks volumes. This entertaining series is virtually identical to the early sci-fi first encounters with Outer Space in the 50s, but in reverse. In the 50s, there were hidden fears and neurosis resulted from exposure to unseen and exotic "psychic" forces of the Heavens. It is the same in this series. There are hidden fears, and forces of the Unknown at work in a strange and alien environment. But now the strange and alien environment is Earth - our home, our Mother. It brings to mind T.S. Eliot's poem of returning in the end to where we came, to know the place for the first time. But we don't know her anymore. We are strangers to our own world.

Maybe we are coming home and maybe it is time to come home. My family’s Book of Common Prayer tells us that, “ . . . in returning and rest we shall be saved, in quietness and in confidence shall be our strength . . .”

I for one am glad to be here and wish for no other world.

Posted by Bernie Quigley at 7:06 AM