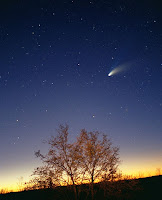 Signs in the heavens, signs following: A new age of Jefferson

“The spaceship has landed,” said Steve Jobs here at the end. Perhaps he was talking about several things. We at the turn of the millennium are sensitive to signs. Even the steady and solid same as the visionary holiness preachers who see “signs following” in the eastern hollows of old Kentucky. And this week we have seen signs. An earth quake in Louisa co., virtually in Thomas Jefferson’s back yard. One that shook the Washington monument and left a few cracks. And gold dropped more than a hundred bucks all in an afternoon.

That second is a good thing. Gold is a harbinger . . . a measure of wellness or weakness in the general economic environment. A drop in gold as dramatic as this, like a hurricane or an earthquake, comes from somewhere. Too bad that only the Natural Law Party which by the way very much likes Dennis Kucinich (and I do too) takes the view of physicist Wolfgang Pauli of what is called the collective unconscious. Pauli called it synchronicity: Nature and the human spirit is compliance. Everything means something, everything is connected. So what brought sudden confidence in the gnostic economic situation? Possibly the President leisurely taking to the sands in blissful New England and keeping his hands off things. Possibly the rise of a new figure from Texas who brings responsibility and maturity to government like we have not seen in at least 18 years in presidential politics. And it was as the earth awakened around Monticello that Rick Perry jumped to a big lead in the front of the pack after only one week away from announcing he would run for president.

Historian Frank Owsley in a famous essay titled “The Irrepressible Conflict” wrote that the American condition is always about two people and two places: Hamilton and Jefferson, New York and Virginia. New York took the advantage early on and so we had Yankees and Red Sox dominating the imagination. Until Ted Williams moved to Texas. And two politician families dominating still from that region. One basks at Nantucket the other at Kennebunkport. But Ron Paul, like the dutiful Amish, does not vacation. And Rick Perry will not be vacationing in Little Compton or Martha’s Vineyard. The sands have shifted. These two bring to us a new paradigm and Rand Paul and Mike Lee in the senate help enormously.

History has its zen moments and centuries stream from those moments as the seven rivers do from the Himalayas. One such moment was Jay’s Treaty of 1794 when Washington cast his lot with the New Yorkers in opposition to the Virginians, Jefferson and Madison. The men and the regions never got along after that and the northern dominance was sealed at that moment. But after the Second World War cultural dominance of the northeast. The energies dissipated. The karma shifted west. When they went to the moon they went from Texas. Norman Mailer said at the time that the “Protestants” had gone to the moon while we the “beatniks” in the northeast were out getting stoned.

All the people and all the regions would be coming up now as Jefferson wanted, not just the Hamiltonians in Boston and New York. This is a new day and could well be called the age of Jefferson. The true center now should not be DC but somewhere around Louisville. Or Peyton Manning’s Indianapolis.

It's all ahead. Whitman wrote back in 1869 that when we returned to earth from our journeys to Sirius, Jupiter and beyond, the “true Son of God” would come “singing his song.” The visionary Salvador Dali pictured this “second Christ” as an American football player in 1943. And again later as a Buddhist monk in yellow robes, descending from the sky to a desert in Texas.

Posted by Bernie Quigley at 5:49 AM